Amidst a spike in crimes against children, the union cabinet today approved an ordinance to award death penalty for those convicted of raping children below the age of 12 years. 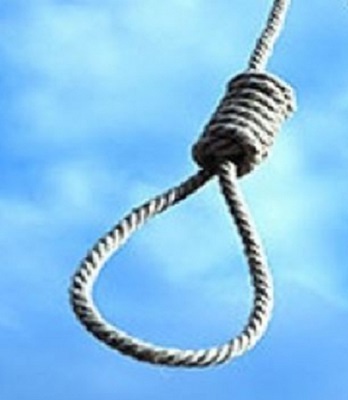 In any case, the minimum punishment to those raping a girl aged under 12 will not be below 20 years imprisonment.
In case of rape of a girl aged under 16 years, the ordinance prescribes that the minimum punishment awarded should be increased from 10 years to 20 years, which is extendable to life imprisonment.
The cabinet has also decided to put in place measures for speedy investigation and trial of rape cases. The ordinance will now be sent to the President for his approval.
The cabinet approved the ordinance, which also prescribes capital punishment for convicted rapists of girls below the age of 16 years, in an emergency meeting called by Prime Minister Narendra Modi to amend the criminal law.
The cabinet move comes amid outrage in the country after a string of horrific cases of sexual violence and the government’s failure to protect them.
Many people have criticised Modi’s government for not doing enough to protect the country’s women, despite Modi’s avowed policy to protect the girl child.
Cabinet approves ordinance to award death penalty to those convicted of raping children up to 12 years of age
In case of rape of a girl aged under 16 years, the minimum punishment to be awarded has been increased from 10 years to 20 years, which is extendable to life imprisonment.
Law ministry officials said an ordinance is the best way to deal with the issue now as an amendment bill will have to wait till July when the Monsoon session commences.
The government has amended criminal laws After the Nirbhaya case in December 2012, when a provision of death penalty in case the woman either dies or is left in a "vegetative state" after rape. The ordinance later became the Criminal Law Amendment Act,
In recent cases of brutality against children an eight-year-old girl was gangraped and killed in Kathua district of Jammu and Kashmir and a nine-year-old was found dead after she was allegedly raped for at least eight days before being strangled.
Prime Minister Narendra Modi also had recently said that such incidents shake our sensibilities and no criminal will be spared. "I want to assure the nation that no criminal will be spared. Justice will be done," he had said.
Speaking about the perception of people, the PM had also said: "We always ask our daughters about what they are doing, where they are going. We must ask our sons too. The person who is committing these crimes is also someone's son."
MORE REPORTS