Changes to Australian immigration law to hit Indians most

The Australian government has scrapped the highly popular sub-class 457 visa category for overseas workers hoping to migrate there, replacing it with a new temporary skill shortage (TSS) visa. 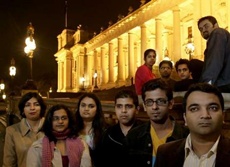 Indians accounted for nearly a fourth of the migrants going to Australia under the 457 visa category and the flow from the country is expected to slow down because of the new change, which has now come into effect.
For those with the new TSS visa, it will be difficult to get a permanent residency (PR) in the country or even admission to an Australian university.
The Australian government is also discouraging companies from hiring migrants and has asked them to contribute A$1,200 per employee every year for the Australian Skilling Fund.
The government had announced plans to scrap the 457 visa last year as it was worried that many Australians were not getting skilled jobs because of migrants.
Alan Tudge, the citizenship minister of Australia, said the government is delivering on its promise “to ensure we get the right balance between protectinig local jobs and supporting Australian employers to fill critical skills shortages.”
The Australian government launched a migration reform process a few months ago and the recent moves are part of it.
MORE REPORTS