India's five most senior judges - all of different faiths - began hearings on Thursday to decide if triple talaq, the practice of Muslim men getting divorce by simply saying "talaq" three times, was fundamental to the religion. 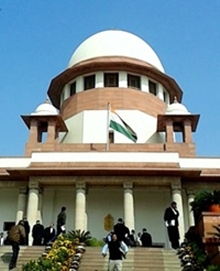 The practice of polygamy or having more than one wife among Muslims will however be outside the purview of the hearings.

A constitution bench of the Supreme Court is hearing seven petitions filed by Muslim women challenging triple talaq, with some of them complaining of being divorced via Facebook or WhatsApp. Rather than ruling on individual cases, the court had decided to take a call on the overall legality of such practices. Once the court gives its verdict, it will be for the legislature to decide if the law should be changed.

At the first hearing today, Chief Justice of India J S Khehar, who heads the bench, made it clear that the court would only examine whether triple talaq among Muslims was fundamental to their religion and an "enforceable" fundamental right. The court added that polygamy among Muslims may not be part of its deliberations since it is unrelated to triple talaq.

Setting the ground rules for the daily hearings, the court told both sides that they would get two days to present their arguments, and then one more day to rebut the other side's arguments. "Each side can argue whatever they want but there should not be any repetition. They will only focus on the validity of triple talaq," the bench said.

Along with the CJI, the bench comprises Justices Kurian Joseph, R F Nariman, U U Lalit and Abdul Nazeer.

Muslims are governed by the personal law that came into force in 1937. The NDA government has argued that practices such as triple talaq violate the fundamental rights of women. Last month, Prime Minister Narendra Modi asked the community not to look at the practice that discriminated against women from a political prism, but as gender discrimination.

The Muslim Personal Law Board, however, contends that Muslim practices such as polygamy and triple talaq were matters of "legislative policy" that could not be interfered with by the judiciary.