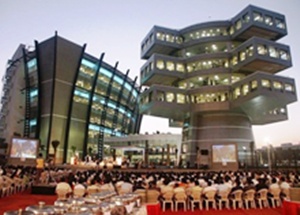 "Bangalore (Bengaluru) is effectively the 'Silicon Valley' of India, with its mix of research institutes and higher education establishments contributing to the creation of a strong IT cluster," says Jeremy Kelly, JLL's director, Global Research.

"With 40 per cent of India's IT industry located in the city, the presence of international IT giants, together with the largest number of high-tech start-ups of any Indian city, are contributing to entrepreneurial growth."

Based on the report, City Momentum Index 2016: The Rise of the Innovation-Oriented City, India has increased its representation in the top 20 Emerging World Cities as Bengaluru is joined by Hyderabad. Globally, Bangalore ranks fourth after London, Silicon Valley and Dublin.

"Over the next few years, we will have 5.5 million software programmers - even more than the US.  Software and IT services firms have been major drivers of office demand in the past decade and are now the largest occupiers of prime space." India comes a close second after Silicon Valley when it comes to gestating start-ups, and Bangalore is indubitably India's Start-Up Capital."

JLL's City Momentum Index covers 120 major established and emerging business hubs across the globe. It tracks a city's short-term socio-economic and real estate momentum, in combination with measures of whether a city has the longer-term foundations for success.

Among the top 20, Asia Pacific accounts for the largest share with 11 cities among the world's most dynamic urban economies. These include 'Established World City' Tokyo, and 'Challengers' or cities competing for global reach and influence, such as Sydney, Seoul and Shanghai. The top 20 also includes 'New World Cities' such as Auckland.

A key feature of this year's top 20 cities in the index is the overwhelming dominance of innovation-rich cities, says Kelly.

China's cities in the Top 20 include those moving into higher-value activities and building the foundations for new forms of economic activity in terms of innovation, infrastructure and connectivity. These include Shanghai, Beijing and Shenzhen, according to the report.

The JLL report, which is being discussed at the World Economic Forum at Davos, Switzerland, states that India has taken over from China as home to some of the world's most dynamic cities.

Six Indian cities feature in the CMI Global Top 30, with the country's primary technology hub, Bangalore moving into the top spot for the first time,  followed by Ho Chi Minh City in Vietnam and Silicon Valley in the United States.

Hyderabad, at fifth, is the only other Indian city in the top 10.

Cities in India, China and Vietnam, along with several in the US, head the list of the world's fastest changing cities.