Prime Minister Narendra Modi-led National Democratic Alliance government has finally decided to give the controversial land ordinance a burial by not re-promulgating it for a fourth time after thrice failing to get it passed in the Rajya Sabha. 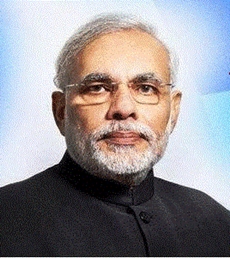 Prime Minister Modi, in his `Man ki Baat' programme on the All India Radio on Sunday, also sold it as a gift to the country's farmers ahead of the Bihar assembly elections.

This means that the Land Act as earlier enacted by the previous UPA government will stay.

However, the Modi government, through an executive order, has brought 13 exempted pieces of legislation within the ambit of Land Act of 2013, so that farmers do not suffer.

''The situation (Land Act of 2013) before my government took over has been restored,'' Modi said in his 11th edition of radio broadcast 'Mann Ki Baat' on Sunday.

This announcement about no re-promulgation of ordinance also takes some wind out of the opposition's sail and the government hopes to get to keep open the window for passage of the GST (Goods and Service Tax) related Constitution Amendment Bill.

The decision not to promulgate the ordinance on land acquisition for the third time comes hours after finance minister Arun jaitley said a decision on whether to repromulgate the Land ordinance for a fourth time will be taken within four years.

By making the announcement of a retreat on the controversial land bill through his 'Mann ki Baat' platform, Modi has sought to give the impression that he is more democratic than his detractors.

He stressed that his government is ready to amend the Land Acquisition Act to benefit the farmers, who have been misinformed and are having apprehensions about the law.

''I would like to assure all our farmers that for us Jai Jawaan-Jai Kissan is not just a slogan, but a mantra for welfare of villages, farmers and the poor. Now there should not be any reason for fear and misunderstanding among the farmers.''

Modi said the government has issued an executive order to cover all the 13 Acts under the 2013 Land Act so that the farmers don't suffer nor face any economic loss. These 13 Acts prescribe acquisition of land for, among others, highways, metro, railways and mining, and were exempted from the purview of the Land Act 2013 with the condition that they would be included within one year.

The ordinance had ensured compensation up to four times the market value in rural areas and twice the market value of land in urban areas beside rehabilitation and resettlement benefits not only for land losers but also for livelihood losers for land acquired under the 13 Acts.

The government could not gather support to get this ordinance replaced by a new law.