In a major climb-down over the controversial land bill, the government has agreed to retract all amendments to it and present the bill in its 2013 form. Besides, it has agreed to changes demanded by other opposition parties as well. 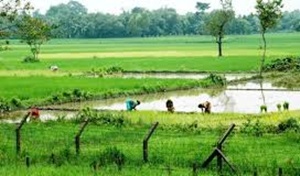 Reports said Narendra Modi-led NDA government has decided to reinsert all key clauses as demanded by the Congress, a move that will be a big win for the opposition.

The land bill is crucial to the NDA government's reform plan and the deadlock over it is hampering rural development, Prime Minister Modi had said At NITI Ayog meeting recently.

The announcement that comes soon after Lok Sabha Speaker Sumitra Mahajan suspended 25 Congress MPs for causing grave disorder in Parliament is seen as a tactical withdrawal by the NDA government.

The centre also accepted suggestions from other opposition parties and has also reported to have agreed to withdraw all changes that it wanted to incorporate in the existing bill.

The Congress, CPM and JD-U have sought a "total withdrawal" of the proposed changes by the NDA government in the 2013 Land Act and inclusion of some additional measures to further strengthen the law in favour of farmers.

The parties have rejected the government's proposal to exempt projects for rural infrastructure, affordable housing, industrial corridors and infrastructure projects, including public-private partnership (PPP) projects where the government owns the land from the mandatory obligation of implementing consent clause and carrying out a pre-acquisition social impact assessment.

The Congress has pitched for a uniform four-fold compensation in rural and urban areas against the existing market value of land. It had also sought restoration of the consent of 80 per cent of land owners to be obtained for private projects and that of 70 per cent for PPP ones.

The CPM has demanded that land losers also be given 20 per cent of the profit accrued by industries set up on their land annually besides the existing compensation.

The land bill is currently with the Joint Committee of Parliament that is examining its merits and demerits before re submitting it to Parliament.

BJD and Trinamool Congress have already written to the Joint Committee of Parliament about their amendments seeking total withdrawal of the NDA's bill.

The move on the land bill is expected to have a positive impact as both houses of Parliament are facing continuous logjam over the last eight days with the Congress not allowing any legislative business.

The Monsoon Session of Parliament is sitting on a pile of unfinished legislation, including the passage of the Goods and Services Tax Bill, Land Bill, Real Estate Regulator Bill, Prevention of Corruption (Amendment) Bill, Whistle Blowers Protection (Amendment) Bill, Child Labour (Prohibition and Regulation) Amendment Bill, and Juvenile Justice (Care and Protection of Children) Amendment Bill, among others.