The National Pension System (NPS) has been opened for investment go non-resident Indians (NRIs) in a bid to extend the social security cover to a larger section of the population, Pension Fund Regulatory and Development Authority (PFRDA) chairman Hemant Contractor said on Wednesday. 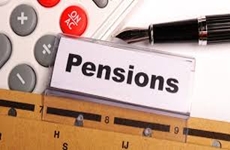 PFRDA's clarification follows a Reserve Bank of India (RBI) communication to the pension regulator about NRIs being eligible to make such investments.

The government will also shortly come out with a clarification on the Foreign Exchange Management Act (FEMA) guidelines to facilitate non-resident Indians to invest in National Pension System (NPS), he said.

"There was some ambiguity about whether to add NPS as eligible investment by NRIs. So, we took up the matter with RBI and very recently they have given this clarification that NPS like insurance and mutual fund could also be eligible investment for NRIs," Contractor said at an event organised by PFRDA.

He said the NPS scheme will be suitable especially for non-resident Indians (NRIs) living in the Middle-East, where social security schemes are not mandatory.

This window would provide for the NRIs to save money for their old age, he said, adding that they would also enjoy the tax break as prescribed.

PFRDA, he said, was in talks with lenders such as State Bank of India, HDFC Bank, Canara Bank, Indian Bank and several other south India-based banks to tap potential NRI investors.

"We have started talking to bankers about attracting NRIs to enroll for NPS scheme. We see NRIs as very attractive market for NPS. We would like to push for NPS for the NRIs," he said.

The move will also help to increase the subscriber base and expand the pension corpus in the private sector manifold. The current corpus under the National Pension System is Rs 91,000 crore.

PFRDA, meanwhile, has issued a detailed clarification on NRI subscription to NPS.

An NRI between the age of 18 and 60 years, as on the date of submission of his / her application and complying with the extant KYC norms, can open an NPS account.

Only individuals can open an account under the NPS. There is also no facility to operate an account using a power of attorney (PoA) under NPS for NRIs.

NPS is distributed through authorised entities called Points of Presence (POP). Almost all the banks (both private and public sector) in India are enrolled to act as Point of Presence under NPS. To invest in NPS, subscribers are required to open an NPS account through a POP bank, preferably where they have an NRI account. Subscribers can send NPS an application form to the bank for opening the NPS account.

Subscribers can check the status by accessing NSDL e-Governance Infrastructure Ltd., the Central Recordkeeping Agency (CRA) website: https://cra-nsdl.com/CRA/ by using the 17-digit receipt number provided by POP-SP or the acknowledgement number allotted by CRA-FC (Facilitation Centre) at the time of submitting application forms by POP-SP.

Once the PRAN is generated, an email alert as well as a SMS alert will be sent to the registered email ID and mobile number of the subscriber.

For opening an NPS account, a subscriber will have to submitted to the bank a completely filled in subscriber registration form, copy of passport, address proof (if local address is different from the address in the passport).

NRIs opting for NPS need to appoint a nominee at the time of opening of a NPS account in the prescribed section of the registration form. They can appoint up to three nominees in their NPS Tier I and NPS Tier II account. In such cases  subscribers are required to specify the percentage of share (which should not be in decimals) that they wish to allocate to each nominee. The share percentage across all nominees should collectively aggregate to 100 per cent.

Nomination to the NPS account can also be done after the allotment of PRAN. The subscriber will have to visit the PoP and place to update nominations details.

No charges will be levied for making the nomination after registering for PRAN. However, a subsequent request for nomination updation would be considered as a service request and the subscriber will be charged an amount of Rs20 plus applicable service tax for each request.

Subscriber can change the nominees in the NPS Tier I account at any time after receipt of PRAN.

NPS will collect an initial intermediary charge in relation to subscriber registration of Rs125 upfront. The initial contribution will be 0.25 per cent of the contribution, within a minimum of Rs20 and a maximum of Rs25,000.

"The government will shortly be coming out with clarification to that effect in the FEMA guidelines," Contractor said.