The central government has finally taken a decision to deregulate the price of diesel, leaving only kerosene and domestic cooking gas in the regulated list of fuels. The decision brings down the retail price of diesel by Rs3.37 per litre in Delhi. 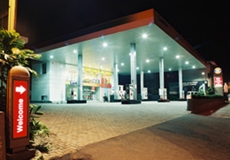 The shifting of diesel out of the administered price regime will bring down the retail price of diesel in Delhi by Rs3.37 per liter from midnight tonight, finance minister Arun Jaitley said after a cabinet meeting this evening.

"Over the last 5 years, the (diesel) prices have increased (by) almost 50 paise every month because there is a reduction in the international crude prices while we are linking it to the market price. The price today would stand reduced," Jaitley said.

"Price of diesel will be linked to the market, and therefore, depending on whatever is the cost involved, is the element that consumers will have to pay. Just like petrol prices, diesel cost will now be governed by market forces. The diesel prices were being increased by 50 paise or so over the last few months," Jaitley said.

The Narendra Modi government selected an opportune time to deregulate prices of diesel as global crude prices have been falling. Also, it would ease the government's huge subsidy burden while at the same time helping to reverse a build-up in diesel price that has been rising over the past few months, although by small amounts.

In fact, at current retail prices, diesel sales have been bringing in profits for state-run oil marketing companies for six consecutive weeks - currently estimated at Rs3.56 per litre.

While deregulation of diesel prices is a major reform move by the Modi government, it could hurt the government and the economy if the international oil prices start rising anytime hence, as the government would not be able to intervene to tame inflation.

Diesel deregulation is expected to bring private firms such as Reliance Industries and Essar Oil to the retail market as they can now compete with state-run oil marketing companies which have lost government's price support.

Petrol and diesel prices were earlier deregulated in April 2002 when the NDA government led by Atal Bihari Vajpayee was in power. But it was reversed early in 2004, towards the end of the NDA regime. Mani Shankar Aiyer, who was then the petroleum minister, decided to control diesel, LPG and kerosene prices.

The UPA government had decided to raise diesel rates in small monthly doses until pump prices were aligned with market rates and it could be deregulated.  Since January 2013, the rates have cumulatively risen by Rs11.81 per litre in 19 installments.