A debate scheduled in the UK parliament on the human rights situation in Jammu & Kashmir has caused a stir among Indian groups in Britain, who fear it could be used as an India-bashing opportunity. 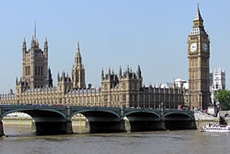 Liberal Democrat MP David Ward has secured a 'General debate on political and humanitarian situation in Kashmir' as part of the regular Backbench Business Committee application process in the House of Commons, according to a PTI report from London.

Based on a petition by the 'Jammu & Kashmir Self-Determination Movement', which gained around 5,000 signatures, the Bradford East MP was able to push for the debate calling Kashmir dispute a "threat" to regional and global peace and to give the people "right to self-determination".

It has raised concerns among some Indian groups regarding the timing coinciding with the anniversary of the 11 November terror attack in Mumbai as well as the focus of the debate.

"A number of British Indian organisations have contacted us expressing concerns on this Kashmir debate development in the House of Commons at this time because they fear that it could be used as an India / Indian bashing opportunity," said the Leicester-based British Hindu Voice in an appeal to its local MPs.

"If possible, please speak in the Kashmir debate and let your constituents know your and your party's stand on this subject," the appeal adds in reference to Leicester MPs Keith Vaz, John Ashworth and Liz Kendall.

The British Parliament's Backbench Business Committee meets weekly to consider requests for debates from any backbench MP on any subject, including those raised in e-petitions or national campaigns.

These debates are held in a chamber within the House of Commons complex and aimed at lobbying UK government on specific issues.

Around 20 British MPs, including Ward, Labour's shadow finance secretary Shabana Mahmood and secretary of the All Party Parliamentary Group for Kashmir Richard Harrington, are lined up to address the debate.

The debate comes even as the worst floods in the state for 60 years have killed hundreds and left tens of thousands stranded and homeless.