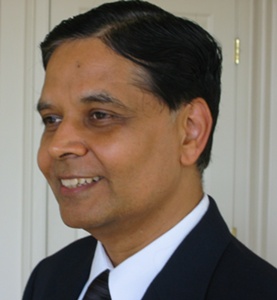 The new government will be inheriting an over Rs1,00,000 crore unpaid bills of the UPA government, but, according to Panagariya, the government should not lose focus on capital building even at the cost of higher deficit.

Panagariya, 61, who is widely expected to take a top advisory role in prime minister-elect Narendra Modi's government, considers fixing the Indian economy as the biggest challenge for Modi, who won a landslide victory due to his development promises.

Modi who swept to power on a promise of reviving an economy that is undergoing the worst slowdown since the 1980s, can do with a fiscal deficit rate that is around 4.5 per cent of the country's gross domestic product, according to Panagriya.

UPA finance minister P Chidambaram had projected a fiscal deficit of around 4.1 per cent of GDP during the fiscal starting 1 April 2014, although the actual deficit is 4 basis points higher.

Panagariya's suggestion is at odds with the current thinking of the finance ministry bureaucrats who want the new government to reduce the deficit even further to levels as low as 3.8 per cent of GDP.

He suggested raising the government's capital spending to 2 per cent of GDP from 1.76 per cent at present, but insisted that the increased deficit space should be used to boost infrastructure spending.

Panagariya's thinking is opposed to a proposal being worked on by bureaucrats at the finance ministry who want the new government to reduce the deficit even further than the current target - to as low as 3.8 per cent of GDP.

Panagariya asked the incoming administration not to be unduly worried about a small fiscal slippage and suggested it use the room to boost infrastructure spending.

Panagariya, an expert on trade, stressed that he was not over concerned about the macro economy and suggested that tax and fiscal reforms should be top priorities for the new government.

The next finance minister should amend the country's retrospective tax law and commit to ending diesel subsidies in the upcoming budget, he said.

The two measures that have been pending for years for want of a political consensus are expected to boost government revenues by improving tax compliance.

Panagariya's prescription is in line with election promises of the Bharatiya Janata Party (BJP) to ramp up spending on infrastructure to support growth.