Congress scores a palpable hit with 'State Bank of Tomato'!

The Congress under Rahul Gandhi may seem moribund, but it does seem to wake up once in a while – witness the 'State Bank of Tomato' which they have opened in Lucknow, capital of Uttar Pradesh. 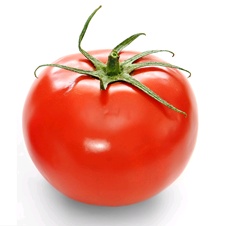 Prices of the vegetable, a staple in Indian diets, have been spiralling – official data shows they cost upward of Rs90 a kilo in Delhi and Rs80 in Mumbai, though consumers may be seeing even prices north of Rs100 in the market.

Among the ''attractive offers'' of the 'bank' are a five-fold return on tomatoes deposited within six months, along with 'lockers for the tomatoes', '80 per cent loans on tomatoes' and 'attractive interest rates for depositing tomatoes, especially for the poor'. In a parody of how regular banks work, the tomato bank will operate from 10am to 5pm, according to media reports.

All this may seem like a spoof, but apparently the bank is actually working.

According to DNA, long queue of customers was seen outside the bank, with people saying that due to the fear of tomatoes getting stolen from their houses, they have brought their tomatoes to deposit in the bank.

''I have deposited 0.5 Kg tomatoes, will get 1 kg after 6 months. I'm 103-year-old, never thought have to see this,'' tweeted Srikrishna Verma, one of the customers at the 'bank'.

The Congress members, managing the bank, said they are getting great response and if it continues, they will have to more branches of the bank.

Not just this, with tomato prices skyrocketing, it has become important in the wholesale vegetable market of Madhya Pradesh's Indore city to guard the pricey vegetable. It has been reported that in the wake of soaring tomato prices, cases of theft in the vegetable market of Indore have cropped up and has created tension amongst the sellers. The sellers have deployed security guards to safeguard tomatoes.

Similar incidents of tomatoes being stolen have been reported from other parts of the nation as well. Approximately, 300 kg of tomatoes were stolen from the vegetable market in Mumbai's Dahisar earlier this week. The tomatoes were worth Rs70,000.

The soaring prices of tomatoes is attributed to erratic rainfall as well as crop damage in producing states.

The government has asserted that it is keeping a close watch on price movements, and improved production is supposed to bring down tomato prices from mid-August and September.

However, with onions going the same way as tomatoes, one may well see an 'onion bank' in the coming days!