A day after the government announced a ban on all export of cotton from the country, Prime Minister Manmohan Singh has convened an ''urgent'' meeting of a group of ministers on Friday to review the decision, ostensibly on agriculture minister Sharad Power's complaint that the decision was taken without his approval. 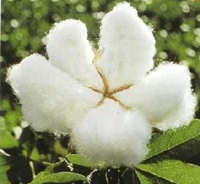 The commerce ministry headed by Anand Sharma issued a notification on Monday banning export of cotton with immediate effect after the country exported a third of its current year production of cotton.

Pawar strongly objected to the export ban on cotton, saying he was "kept in the dark" by both the commerce and textile ministries on the issue.

A delegation of the Gujarat Pradesh Congress Committee along with general secretaries in charge of Gujarat and Maharashtra met the prime minister today with a request for immediate removal of ban on export of cotton, a government release said today.