Tehran: Indian petroleum minister S Jaipal Reddy has said that New Delhi has made overdue payments to Iran for oil imports after the two countries agreed on a mechanism for crude oil payments. Reddy said Thursday that Iran and India had agreed on a new mechanism to clear payments to the Central Bank of Iran. 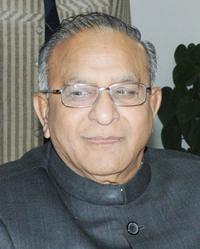 "Pending dues of National Iranian Oil Company are now being cleared, and as of 1 March, 2011, payment of €1.5 billion has been made to the Central Bank of Iran," Reddy informed the media.

According to oil ministry sources, Indian had imported around 21.2 million tons of crude oil from Iran during the fiscal year of 2009-2010.

In a meeting last Thursday with Iran's minister of economic affairs and finance, Seyed Shamseddin Hosseini, Indian finance minister Pranab Mukherjee assured his Iranian counterpart that India would like to make the payment due to Iran "as expeditiously as possible specially on account of oil and oil products", an official statement said today.

Mukherjee had mentioned earlier that India was working out an arrangement through the German central bank, Deutsche Bundesbank, to expedite payment to Iran.