That the Australian Labour Party may be veering round to reconsidering its long-standing policy of banning export of uranium ore to India is becoming increasingly apparent with an important minister in the current Labour government of prime minister Julia Gillard questioning its relevance. 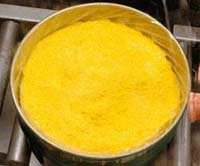 Australian federal resources minister, Martin Ferguson, has called for the Labour Party to reconsider its long-standing hawkish stance towards India on NPT-related issues and allow export of uranium ore to India.

Minister Ferguson's statement fuels speculation that the party will hold a debate to consider reversing Labour's current uranium sales policy at its next national conference due later this year.

According to reports, Ferguson has said that he will not ask Labour to repeal its ban on uranium exports to countries outside the nuclear non-proliferation treaty, but rather recognise that India deserves special consideration.