Canberra refuses to budge on uranium sales to India

Melbourne: If visiting Indian foreign minister SM Krishna was hoping for some change of heart in Australia as far as the incumbent Labour Government's dogmatic stand over export of uranium ore to India is concerned he remains disappointed. With the minority Labour government refusing to revisit its position on sale of uranium ore to non-signatories of the Nuclear non-Proliferation Treaty (NPT), the question arises as to the reasons that prompted such a request to be made of Australia? 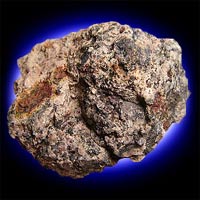 For the record, the Australian government informed India it won't lift its ban on uranium sales in the course of a meeting between external affairs minister SM Krishna and Australian resources minister Martin Ferguson in Melbourne on Wednesday. Apparently they discussed a range of ''energy sector issues''.

Krishna was expected to lobby Ferguson to reconsider Labour's ban on uranium sales to his country. Ferguson said he welcomed Krishna's visit.

"Regarding the export of uranium to India, the policy of the Australian government is clear - we will only supply uranium to countries that are signatories to the Nuclear Non-Proliferation Treaty and have signed a bilateral agreement with Australia," Ferguson said.

"This is not a policy specific to India, it applies equally to all countries."

After the meeting, Krishna said the talks were by and large in the context of India-Australia relationship, with particular reference to the energy aspects.