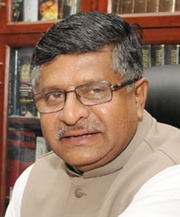 A day after passage of the Constitution Amendment Bill in the Lok Sabha, the bill was approved by the Rajya Sabha with 179 votes today, while the National Judicial Appointments Commission Bill, 2014 was approved by a voice vote.

The proposed National Judicial Appointments Commission (NJAC)  will still have a majority for judicial members, with three judges against a single executive (the minister of law), but some jurists said they would challenge it in the Supreme Court as, according to them, it would spell an end to judicial independence.

The NJAC will be headed by Chief Justice of India and will have two senior SC judges, the law minister and two eminent personalities as its other members. The prominent persons, one of whom will belong to either of SC/ST, OBC, minorities or a woman, will be selected by a panel of the prime minister, CJI and the leader of the opposition in the Lok Sabha or the leader of the largest opposition party in the lower house.

Noted lawyer Ram Jethmalani abstained from voting on the bill that was vociferously opposed by the higher judiciary.

Soon after passage of the bills, noted lawyer Fali Nariman said the two legislations "hit at the root of judicial independence and may be struck down by the Supreme Court".

"The independence of the judiciary is now the cornerstone of the Constitution. And anything that is done which damages it is anathema and the people who decide are the judges of the Supreme Court," Nariman who was among the legal luminaries consulted by law minister Ravi Shankar Prasad, told Headlines Today.

"Many lawyers, including myself, will move in that direction," he said.

Also, the Chief Justice of India himself has aired unhappiness over what he said ''unfair criticism'' of the judiciary.

The bill will also need ratification by 50 per cent of the state assemblies, a process that could take several months. Once it is ratified by state legislatures, the government will send it for the President's assent.

With just 60 members in the Upper House, it would have been difficult for the government to pass the bill without the opposition's support.

A day earlier during a debate on the bill in the Lok Sabha, law minister Ravishankar Prasad said the government wanted the judiciary to be independent, but, he said, the "sanctity" and "supremacy" of Parliament is equally important as it reflects aspirations of the people (Modi govt gets Lok Sabha nod for judicial appointments bill).

Prasad's response came a day after Chief Justice of India RM Lodha strongly defended the collegium system of appointment of judges and said there was a concerted campaign to defame the judiciary (CJI Lodha slams 'campaign' to malign judge selection system).

The establishment of the NJAC will, however, end judicial primacy in appointing judges to the apex and high courts.