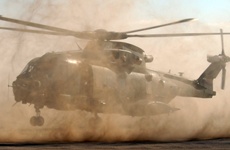 The court cleared the two former senior executives at Finmeccanica, the Italian defence company, of corruption in connection with the €560m contract to supply helicopters to India.

Giuseppe Orsi, the former chief executive of Finmeccanica, and Bruno Spagnolini, the ex-head of AgustaWestland, the group's helicopter unit, had been accused of bribing Indian officials, in a probe that led New Delhi to bar the Italian company from participating in contracts in India.

On 1 January, India scrapped the contract with Finmeccanica's UK subsidiary, AgustaWestland, for supplying 12 AW101 VVIP choppers to the Air Force over alleged breach of contractual obligations and charges of paying kickbacks to the tune of Rs360 crore by it for securing the deal.

The CBI and the Enforcement Directorate are still probing the case in India where former IAF Chief SP Tyagi and his cousins are alleged to be the beneficiaries.

In view of the corruption charges, India has also barred Finmeccanica and its group companies from participating in defence ministry tenders.

The prosecutors who brought the case in a court in Busto Arsizio, north of Milan, had asked for six and five years' jail term, respectively, for Orsi and Spagnolini.

A relieved Orsi said, ''The nightmare is over,'' after the ruling, according to Italian media accounts.

''We always knew there was no corruption?.?.?.?Now Agusta can return to the world and say that our managers did nothing illegal,'' he added.

Lawyers for the defendants also expressed hope that the conviction related to the false invoices would be overturned on appeal.