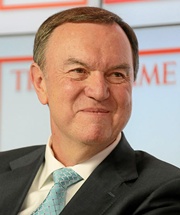 Walmart  Stores CEO and president Mike Duke has announced he would step down 1 February.

According to the company Dough McMillon, head of international operations, would succeed him.

Duke, 63, whose stint with Walmart started in 1995, has been at the helm since February 2009. He would continue as chairman.

McMillon, 47, would take over as the fifth CEO since Walmart's founder Sam Walton. All chiefs at the retailer have risen to the position from within the organisation after years of experience. 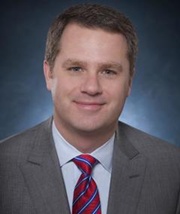 McMillon was also elected to the board of directors of the company, with immediate effect.

Meanwhile the change at the top comes as the company faces fresh scrutiny ovrt its treatment of employees and increasing pressure to boost sales.

These are trying times for the retailer with sales stagnating and employees agitating, as the giant looks to stay the course.

McMillon started as a summer worker nearly three decades ago and most recently served as the head of Walmart International, a fast-growing part of the company with a workforce 823,000 strong in 26 countries.

Walmart has also come under attack from workers and outside organisers, putting it at the centre of a growing movement to pressure employers to raise the pay of low-wage workers.

Protests have been planned by workers and their supporters across 1,500 Walmart stores including those in the Washington area - when the company hosts its annual Black Friday sales event, marking the official start of the holiday shopping season the day after Thanksgiving.

The protests would serve to highlight the plight of Walmart workers, who supporters claim are underpaid, given less than full-time hours and receive few benefits.

Hundreds of workers at the retailer, last year, walked off the job in 46 states on Black Friday, according to OUR Walmart, a group advocating for Walmart workers. Recent weeks have seen the giant retailer hit with new job actions, including walkouts in Miami and Tampa, say protest organisers.

The protesters want to make use of the change to press for higher pay and better benefits. ''We sincerely hope that Mr. McMillon will answer the country's calls for Walmart to publicly commit to paying $25,000 a year, providing full-time work and ending its illegal retaliation against its own employees,'' Tiffany Beroid, a Walmart worker, said in a statement released by protest organisers.