Unilever to move from London to Rotterdam

After close to a century of being headquartered in London, Unilever PLC today said it will consolidate its dual headquarters in Rotterdam instead of London, ending a dual structure that goes back nearly 90 years. 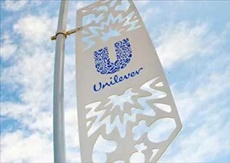 Unilever said in a statement, "Today we are announcing the next steps in the transformation of Unilever into a simpler, more agile and more focused business. The changes will further drive long-term performance and shareholder value, and build upon our Connected 4 Growth programme."

The moves marks  blow to Prime Minister Theresa May's efforts to ratin investments in the UK after Brexit, though Unilever denied its decision was prompted by it.

However, the consumer goods giant said it was committed to both countries as was reflected by its move to reorganise its business into three divisions - two headquartered in London and one in the Netherlands.

The headquarters of the Beauty & Personal Care Division and the Home Care Division will be located in London. This secures nearly £1 billion per year of continued spending in the UK, including a significant commitment to R&D

The headquarters of the Foods & Refreshment Division will continue to be based in Rotterdam.

Unilever, formed through the 1930 merger of Margarine Unie of the Netherlands and U.K. soapmaker Lever Brothers, currently hosts two annual general meetings, employs two boards composed of the same members and operates under separate takeover regulations in each of the two countries, Bloomberg reported.

''We chose the Netherlands because pretty simply, at the end of the day, the Dutch company is quite a bit bigger than the UK,'' chief financial Officer Graeme Pitkethly said on a call, added Bloomberg. He added, moving to a single base will make it easier for the company to conduct mergers and acquisitions.

This reflects the fact that the shares in the Netherlands-based company account for approximately 55 per cent of the group's combined ordinary share capital , and trade with greater liquidity than those of the London-based company's shares.

However Unilever will continue to be listed in London, Amsterdam and New York.

It also said the changes also further strengthen Unilever's corporate governance, creating, for the first time, a 'one share, one vote' principle for all shareholders.

Upon completion, Unilever N V's preference shares will be cancelled, and it is intended to close the N V Trust Office and terminate the related depositary receipt structure. Unilever will also continue to apply both the UK and Dutch corporate governance codes.

According to Marijn Dekkers, chairman of Unilever, ''Unilever's Board is fully committed to delivering long-term performance and sustainable value for shareholders. The Board believes the move to three Divisions and the simplification of our corporate structure will create a simpler, more agile and more focused company with increased strategic flexibility for value-creating portfolio change.

"Our decision to headquarter the Divisions in the UK and the Netherlands underscores our long-term commitment to both countries. The changes announced today also further strengthen Unilever's corporate governance, creating for the first time in our history a 'one share, one vote' principle for all our shareholders.''