An image of the Galaxy S8, leaked a few days ago suggests that it might be powerful enough to have a standalone desktop mode of its own. When connected to an external monitor, users had an Android-based desktop. 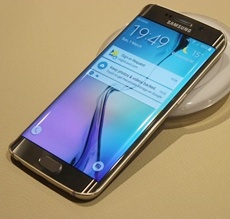 According to commentators, the feature sounded familiar, as Windows had already tried it with Windows 10. However, Microsoft's Continuum failed to take off.

Meanwhile, Samsung had yet to confirm anything.

The feature would offer a Windows-like environment made entirely of Samsung's version of Android. The apps found on the Galaxy S8 would be able to take advantage of the bigger display, although this was only a concept. It was not clear though, whether Samsung would also offer Windows-like multitasking.

Addressing a group of journalists at CES yesterday, a top US Samsung executive said the Samsung Galaxy Note 7 recalls had cost the company billions.

Tim Baxter, president and COO of Samsung Electronics America, acknowledging that 2016 had been a ''challenging year,'' said Samsung would very soon reveal the root cause behind the exploding phablet phones that led to two separate recalls before the devices were pulled from the market.

He said Samsung was reflecting and listening to third party experts ''to understand what happened, and to make sure it does not happen again.''