Samsung scientists have developed lithium-ion battery technology with much longer-lasting power packs. A silicon anode, which promises much more capacity than a typical battery, is used in the battery, but it grows layers of graphene on top to improve the density and longevity that would otherwise suffer. 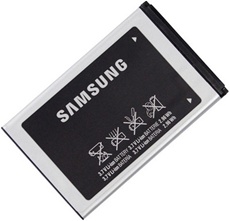 In experiments, Samsung was able to develop batteries that were 1.5 to 1.8 times denser than what is vailable today. If a smartphone barely lasted 12 hours before needing a recharge, the new battery would theoretically give it 21 hours.

However, it could take years before Samsung translated its breakthrough into real-world products. In case everything went smoothly, it could be crucial in just about any situation where adding a bigger battery just was not an option.

Besides mobile devices, one could get electric cars that matched the range of their gas-powered counterparts.

The technology involved adding a silicon material to the traditional lithium-ion layer that increased the energy density and longevity of the battery.

The technology took advantage of a silicon coating that supported graphene (pure carbon) growth on top of the battery's silicon nanoparticles but did not cause a silicon carbide formation that would disrupt the energy transfer. In research testing, the format hiked increased energy densities from 1.5 to 1.8 times higher than current levels. The results were published online in Nature last week.

The research effort was led by Hyuk Son and Jong Hwan Park, members of Samsung's Advanced Institute of Technology and Energy Material Lab in Korea, who collaborated with other associated, Korean researchers of materials science.

Samsung was currently in the process of patenting the technology, according to the research paper.

According to commentators battery technology had been a laggard in smartphone technology. While camera functions, processing speeds and storage space had significantly improved over the years, smartphone battery life had fallen behind as sleeker, more powerful devices were pushed.

However, that did not mean efforts had been lacking in the area. In October 2014, a team of scientists at Nanyang Technological University in Singapore showed a way to supercharge a battery from dead to 70 per cent in under two minutes, according to a press release.

In the research, the graphite found in a traditional lithium-ion battery, was replaced with titanium dioxide.