Philips Electronics has sold the audio, video, multimedia and accessories activities, the remnants of a once thriving home entertainment business, to Japanese consumer electronics company Funai Electric Co, for a paltry 150 million euros ($201.8 million) in cash and a brand-licence fee. 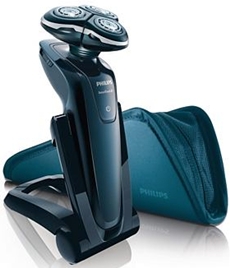 The Dutch electronics group, which ended 50 years of home entertainment business, will now concentrate on the more profitable home appliances and healthcare business.

Philips, which has been struggling to compete with low-cost Asian manufacturers like Samsung, Sony and LG, had last year hived off its troubled television business by setting up a joint venture with Hong Kong-based TPV.

Once the world's biggest supplier of radios, the inventor of the audio cassette and the manufacturer of the first videocassette recorder and the compact disc, Philips failed to make the most of its inventions, rather losing out in battle for the dominant videotape standard to Japan's VHS. It also failed to anticipate the digital era.

Philips's home entertainment business, which is now mainly into the production of CDs and DVDs, saw its market narrowing with consumers increasingly opting for online musics, films and games.

However, the company said the business remained profitable last year, although activity was shrinking and "margin dilutive".