The US Department of Energy's (DoE) $10 million prize money to the first individual or company, which can bring a viable LED-based alternative for the common 60-watt light bulb received its first entrant with Dutch electronics giant Philips submitting its claim for the prize yesterday. 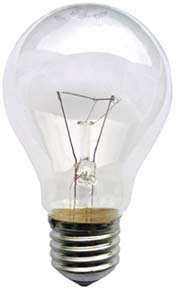 The DoE had announced in May, the L Prize under the 'Bright Tomorrow Lighting Prize competition, challenging individuals and the industry to develop high-quality, high-efficiency LED replacements for the common 60-Watt light bulb.

Apart from the $10 million in prize money, the winner would also get lucrative federal purchasing agreements, utility programmes and other incentives as well as a head start in marketing the product in the US and elsewhere.

Twenty seven utilities and energy companies in the US have agreed to promote and develop markets for the winning product.

Nothing much changed to the initial invention until 1906, when General Electric Company introduced a metal-coated carbon filament in candescent light bulbs, which did away with carbon forming inside the bulb.