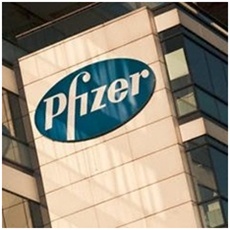 A successful deal at $14 billion would be Pfizer's biggest acquisition since it purchased biologic drug specialist Hospira Inc last year for about $17 billion.

Pfizer has outbid some of its biggest rivals in the auction for the California-based cancer drugmaker, and a deal is expected to be announced as early as today, the report said.

Other drug companies in race were Celgene Corp, Gilead Sciences Inc, and French drugmaker Sanofi, which had initially tabled an offer of $9.3 billion in late April.

But Medivation even rejected Sanofi's revised offer of $58 per share in cash and $3 per share in the form of a contingent value right relating to the sales performance of Medivation drug called Talazoparib, a drug under development for the treatment of breast cancer, and instead offered to sign confidentiality agreements with Sanofi as well as other suitors.

Pfizer is reported to be paying Medivation about $80 per share, a substantial premium to the revised $58 per share made by Sanofi.

Medivation, known for its prostate cancer drug Xtandi, which is its only marketed drug. In addition, it has two additional oncology assets in clinical development.

Xtandi is also under evaluation for use in breast cancer patients. Xtandi was approved by the US Food and Drug Administration (FDA) for post-chemotherapy metastatic prostate cancer setting in 2012 and in 2014, and the FDA expanded Xtandi's label to include its use in pre-chemotherapy patients as well.

Since its launch, Xtandi has become the most prescribed prostate cancer drug in these indications, generating annual sales of more than $2 billion and expected to generate almost $5.7 billion in sales over the next four years.

Medivation expects results of phase 2 trials for Xtandi in the coming 12 months, and if approved for breast cancer, it could treat more than 220,000 patients diagnosed with breast cancer every year in the US alone.

Xtandi would add to Pfizer oncology portfolio, including its several promising immuno-oncology products, specially its breast-cancer treatment drug Ibrance, which is expected to be a blockbuster.

For Pfizer, which has a market value of $212 billion, a potential deal with Medivation would come a month after it paid $400 million break-up fee for abandoning its $160-billion proposed acquisition of Ireland-based botox maker Allergan Plc, due to an ongoing drive by the Obama administration to stop corporate mergers aimed at tax-inversion.

The US government has come down heavily on deals known as "inversions", where a US firm merges with a company based in a country with a lower tax rate.