US pharmaceutical giant Johnson & Johnson, which is in the midst of a raging controversy over its talcum powder brands, is now facing regulatory scrutiny over health concerns associated with its baby shampoo brand `No More Tears’. 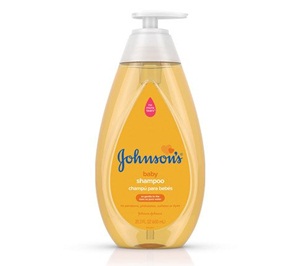 Drug inspectors in Rajasthan are reported to have found traces of cancer-causing formaldehyde in the popular baby shampoo brand of Johnson & Johnson, ‘No More Tears’, bringing yet another product of the baby care specialist under regulatory scrutiny.
Drug authorities in Rajasthan have identified the presence of formaldehyde in samples of two batches of the shampoo and have informed drug authorities of various other states of the presence of formaldehyde in the two shampoo batches tested at their laboratories.
A notice released by the Rajasthan drug controller on Sunday about its findings, and sent to authorities across the country, seem to revive a controversy that J&J claims to have settled five years ago.
Formaldehyde is a proven carcinogen, which promotes the formation of cancer in the body.
Both batches were manufactured at Johnson & Johnson’s facility at Baddi, Himachal Pradesh.
Reports quoting Rajasthan drug controller Raja Ram Sharma said the shampoo samples were found to have a higher amount of formaldehyde and that the company has been informed about the findings.
The notice has cautioned other state drug controllers and advised them to remove the tainted batches off the shelves immediately, before carrying out any tests.
“Particulars of the samples declared as not of standard quality on test/analysis are given below for ensuring that the stocks of these drugs are not consumed anymore and appropriate safeguard to the consumers is provided by withdrawing the available stock…” the notice added.
Johnson & Johnson, however, disputed the findings of the drug controller but admitted that authorities in Jaipur, Rajasthan, have drawn samples of Johnson’s baby shampoo for testing earlier this year.
J&J said the authorities did not disclose the test methods, details or any quantitative findings, adding that the tests have not followed any prescribed method or requirement for testing formaldehyde in shampoo under the applicable standards.
The company had, in 2014, altered the formula for the baby shampoo and several other products following consumer concern about the presence of formaldehyde and another potentially harmful substance, 1,4-dioxane in its products.
According to a January 2014 report in The New York Times, the company had promised at the time that “the products no longer contain [the] two potentially harmful chemicals, formaldehyde, and 1,4-dioxane, that have come under increasing scrutiny by consumers and environmental groups”.
“Johnson & Johnson has removed the preservatives that release formaldehyde, and said it has reduced the levels of 1,4-dioxane to very limited trace amounts, from one to four parts per million,” the report added.
Meanwhile, Johnson & Johnson has resumed production of its baby powder in India after government agencies ruled it free of asbestos+, another cancer-causing substance.
As things stand, most of J&J’s bodycare products, including shampoo and baby soap, are under regulatory scrutiny across the world over health concerns.
Besides, the company is facing penal action over its faulty hip implants in India and elsewhere. Earlier this month, the Indian authorities directed Johnson & Johnson to pay over Rs74 lakh to a victim of the company’s faulty hip implants
The implants reportedly forced several recipients around the world to undergo subsequent surgery and left many injured.
MORE REPORTS