GTL Infrastructure in talks with Viom Networks for strategic merger

Telecom tower firm GTL Infrastructure has initiated discussions with Viom Networks, a joint venture between SREI Infrastructure and Tata Teleservices, for a strategic merger, which it succeeds will make the largest independent tower firm in the world. 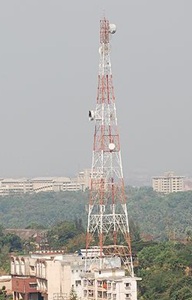 The discussions are still at an early stage and might not lead to a transaction, two newspapers reported on Tuesday, sending its stock prices as high as 4.2 per cent in early trades.

GTL Infrastructure is exploring a share swap, which is seen as a way to avoid heavy cash payouts at this juncture and they were underway between the two to explore ways to streamline operations, a report in Business Standard said.

India's salt-to-software conglomerate Tata Group holds 53-per cent stake in Viom, while Kolkata-based Kanorias, founders of SREI hold about 27 per cent and the remaining 20 per cent is held by foreign institutional investors. GTL Infrastructure promoters own 58.3 per cent in the firm.

''We are always a value buyer. As a strategy, we have maintained we are looking at tower assets that will add incremental value to us. GTL looks interesting provided the value makes sense,'' SREI Infrastructure chairman and managing director Hemant Kanoria, who is also a director with Viom Networks, was quoted by Business Standard.

A GTL spokesman declined to comment on ''market speculation''.