Fiat SpA yesterday became the majority shareholder of Chrysler Group after acquiring the US and Canadian governments' stakes in the US automaker, bringing to an end to both the government's multi-billion bailout of the company in 2009. 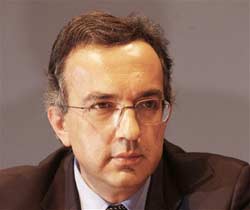 Fiat, which has run Chrysler since it emerged from bankruptcy protection in June 2009, paid $625 million for the US government's remaining 5.8-per cent stake and $125 million to the Canadian governments 1.7 per cent stake.

Fiat also paid $75 million for the US government's right to buy the remaining stake held by the United Auto Workers union's retiree health-care trust, of which $15 million will go to Canada.

Sergio Marchionne, chief executive of Fiat, plans to merge the companies in order to reduce costs and achieve combined sales of $140 billion by 2014.

The US government has so far received 90 per cent of the money or $11.2 billion of the $12 billion it paid to rescue Chrysler, a loss of $1.3 billion to the US taxpayers and Canada set to lose about $842 million.

Chrysler loans were set to mature in 2017.