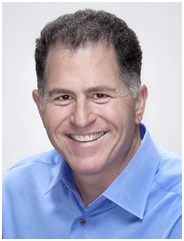 A US court yesterday ruled that Michael Dell and Silver Lake Partners underpriced their $30-billion acquisition of computer maker Dell Inc in 2013 by about 22 per cent. They may have to pay tens of millions to investors who opposed the deal.

In September 2013, shareholders of Dell approved the offer by its founder and CEO Michael Dell, backed by Silver Lake Partners to take the company private for $25 billion, ending six months of bitter opposition from billionaire activist investor Carl Icahn and other investors. (See: Dell shareholders approve Michael Dell's $25-bn offer) With an 8.9 per cent stake in Dell, Icahn was the second-largest shareholder behind Michael Dell, with about 16 per cent during the time of the takeover battle.

Icahn, mutual fund manager T Rowe Price and other Dell shareholders took their case for fair value to court to determine a fair price for the buyout.

A Delaware judge ruled yesterday that Dell shareholders should have been paid $17.62 per share, $3.87 more than the $13.75 paid by Michael Dell and Silver Lake Partners.

With interest, investors who sought appraisal will get around $20.84 per share.

Michael Dell and Silver Lake Partners will have to pay about $20 million for the 5.2 million shares that are eligible for appraisal and with interest, the total could be more than $30 million.

There was "widespread and compelling evidence of a valuation gap" between the market's perception of Dell's performance and the company's "operative reality," Delaware Chancery Court Judge Travis Laster said.

Judge Laster said the Dell management took advantage of a decline in the company's stock price and its board never determined the intrinsic value before negotiating with buyers.

Initially around 40 million shares sought appraisal, but Judge Laster disqualified about 29 million of those shares on procedural grounds.

One of the biggest losers from yesterday's ruling was T Rowe Price Group Inc, which had initially opposed the deal but voted in favour of the buyout after Michael Dell and Silver Lake Partners sweetened the offer by 10 cents from $13.65 per share to $13.75 per share plus a special 13-cent dividend.

T Rowe Price would have got around $190 million if its Dell stock had been eligible for appraisal. Laster also ruled that the mutual fund manager was not entitled to interest on its shares.

Along with T. Rowe Price, Judge Laster ruled last year that four other large institutional investors, including Milwaukee-based Northwestern Mutual Life Insurance Co. Inc., were ineligible to have their shares appraised because their shares did not meet the legal requirements

Michael Dell had come under severe criticism since many investors said that the buyout was a conflict of interest since Michael Dell was being the seller and buyer at the same time.

Dell's board had favoured Michael Dell by delaying voting on the deal three times and held the vote only after Michael Dell raised the offer on condition that the board tweaked the voting rules to not include unvoted stock as a negative vote in order to secure shareholder support.

The ruling can be appealed.