DGCA has no plans to ground all A230neos, but IndiGo grounds 3

India's Directorate General of Civil Aviation has no plans to ground the fleet of A320neo (new engine option) aircraft powered by PW1100G-JM engines despite the recurring problems with the engine type. 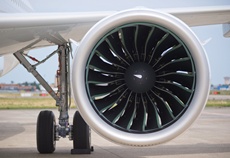 European aircraft manufacturer Airbus SE said on Monday that India has 14 A320neo aircraft where at least one PW engine is in the faulty category.

Asked about the possible grounding of the A320neo aircraft powered by the particular engine type, chief B S Bhullar told IANS that there were no such plans.

The development comes days after budget passenger carrier IndiGo said that it has "withdrawn" three of its A320neo aircraft from service after "receiving" precautionary recommendations from European Aviation Safety Agency on a particular engine type which powers these planes.

As of now, 113 PW-powered A320neo aircraft are flying with 18 operators around the world, Airbus said. Of these, 45 are in India, where only IndiGo and GoAir operate the A320neo aircraft. IndiGo is the lead operator with 29 (excluding the 3 grounded A320neos), followed by GoAir with 13.

"The recommendations are with respect to a certain sub-population of engines, with a particular engine configuration. IndiGo has only three such affected aircraft. As soon as IndiGo learnt of these developments, IndiGo had proactively withdrawn the three A320neo aircraft from service w.e.f. 9th of February," the airline had said in a statement on Saturday.

On the global level, engine manufacturer Pratt & Whitney said the current population of impacted engines stands at 43 which are installed on 32 aircraft, of which 21 planes have one engine with the modified configuration, and 11 aircraft have two engines with that configuration.

"Pratt & Whitney, in coordination with Airbus, will present to regulatory authorities this week a proposed mitigation plan for the modified configuration," P&W said in a statement.

"Pratt & Whitney is working with Airbus to implement the remediation plans set forth in its all operator transmission. The company is also working to assess an overall industrial and delivery plan to minimise customer disruption.

"Pratt & Whitney will be in a position to provide greater detail around the remediation plan and impact, if any, on its 2018 delivery plan, once the regulatory authorities address its proposed solution," it said.

If one engine fails, a twin engine aircraft can safely land with the other operative engine. But this is obviously not ideal.

Last Friday, the European Aviation Safety Agency (EASA) issued an emergency directive following several occurrences of engine failure reported on A320neos. The directive said this category of PW engines was more susceptible to failure and so A320neos with both engines belonging to this category should be grounded. But A320 neos in which only one engine was of this category have been allowed to operate.

How many A320 neos are being operated by IndiGo and GoAir in which one of two PW engines is faulty is not known. Both airlines did not respond to a query sent by The Times of India.

Airbus said of the total 113 aircraft worldwide, some 10 per centhave both engines affected. ''This means a minimum of one engine needs to be changed on these aircraft. The rest of the fleet is safe to fly as per guidelines issued by DGCA and EASA,'' it said.