Apple on Wednesday acknowledged that demand for iPhones is waning, confirming investor fears that the company's most profitable product has lost some of its lustre in the emerging markets as well. 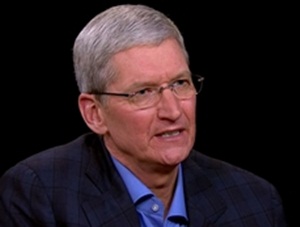 The revelations came in a letter from Apple CEO Tim Cook to investors, in which Cook said Apple's revenue for the October-December quarter including the crucial holiday shopping season, will fall well below the company's earlier projections and those of analysts, whose estimates sway the stock market.
Apple on Wednesday revised its revenue guidance for its fiscal 2019 first quarter, which ended on 29 December, to approximately $84 billion, with other income of approximately $550 million.
Apple estimates operating expenses for the quarter to be approximately $8.7 billion and tax rate approximately 16.5 per cent before discrete items.
Gross margin is expected to be approximately 38 per cent.
Cook said with approximately 4.77 billion shares, the company expects earnings per share (EPS) to be lower than the original guidance for the quarter, with other items remaining broadly in line with the guidance.
Cook also said the different timing of Apple’s iPhone launches could affect year-over-year compares. A strong US dollar, as expected, created foreign exchange headwinds and reduced revenue growth by about 200 basis points as compared to the previous year.
An unprecedented number of new products during the quarter and supply constraints gated sales of certain products during Q1, while sales of Apple Watch Series 4 and iPad Pro were constrained. AirPods and MacBook Air were also constrained.
Weakness of some emerging markets turned out to have a significantly greater impact than projected and along with other factors resulted in fewer iPhone upgrades than had anticipated.
While Apple anticipated some challenges in key emerging markets, the deceleration in the Chinese market was of greater magnitude than foreseen. In fact, most of Apple’s revenue shortfall, and over 100 per cent of year-over-year worldwide revenue decline, occurred in Greater China across iPhone, Mac and iPad, Cook pointed out.
Despite these challenges, Apple is placing hope in its China business as the iOS developer community in China is among the most innovative, creative and vibrant in the world.
MORE REPORTS