India is in advanced talks with Sri Lanka to operate a near-defunct airport on the southern tip of the island, where China has invested in a seaport and is in discussions for setting up an investment zone, including a refinery, as part of its Belt and Road initiative. 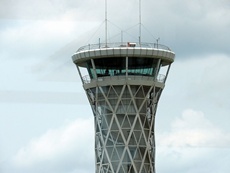 Reports quoting Sri Lanka's civil aviation minister, Nimal Siripala, said the country is looking for alternative investors in the Mattala airport, which currently serves no purpose. The airport, named as the Mahinda Rajapaksa International Airport, is perhaps better known as the ''emptiest airport in the world.''

Sripala said India has come up with a proposal to revive the airport. ''They were ready for a joint venture with the Airport and Aviation Services Limited, which runs Sri Lanka's main airport in the capital Colombo and the one in the south, in Mattala, he said.

This, however, has met with resistance from Sri Lanka's former president who opened the country's economy for the Chinese to exploit. Reports say, Namal Rajapaksa the elder son of former Sri Lankan President Mahinda Rajapaksa, on Tuesday staged a protest at the Indian consulate in Hambantota against the prospective lease of his father's namesake airport to an Indian company.

The town of Hambantota sits near one of the world's busiest shipping lanes and China sees it as an important centre to build trade and transport links across Asia and beyond to Europe.

China, which already operates a seaport at Hambantota on a 99-year lease, is planning to expand its presence in the area with a refinery, which would be Sri Lanka's largest, and an investment zone of about 6,000 hectares.

Beijing has promised billions of dollars in investments in the area, which, however, benefits only Chinese companies and bring little for the Sri Lankan people and its economy.

In fact, the initiatives of the previous Sri Lankan government had given rise to widespread protests in Sri Lanka over what critics say were unnecessary and loss-making projects that only pushed the country into long-term indebtedness.

India is reported to have offered to set up a joint venture with Sri Lanka to manage and expand facilities at the loss-making Mattala airport, which is adjacent to the Hambantota seaport.

A Reuters report said the airport project will have an initial investment of $293 million, of which India will provide 70 per cent on a 40-year lease term, according to a Sri Lankan cabinet paper.

The airport, built at a cost of $253 million by China, which also provided $230 million of funding, gets one flight a day, from Dubai, and has been dubbed the world's emptiest airport for its long, empty corridors.

As per the revival plan proposed by the Indian government, the airport will house a flying school and a maintenance hub at Mattala to boost revenues while it builds up traffic.

The airport could also be developed as a destination for tourists, especially from India – a move that would help integrate the Sri Lankan and Indian tourist eco-systems.

China is also reported to have put in a bid to operate the facility, but failed to agree on financial conditions set by the Sri Lankan government. China, however, is in no mood to let India get hold of the airport which is within its zone of influence.

While China was among the first to step in to help reconstruct post-war Sri Lanka, exploiting the country's frayed emotions due to New Delhi's support for Sri Lanka's Tamil minority during the island's 26-year civil war, China is yet to gain acceptance by the local people and the Sri Lankan government.

New Delhi under Prime Minister Narendra Modi is trying to claw back influence in the region and reports say India is flexible in its airport reconstruction plans and would allow Sri Lanka to determine the size of the Indian stake and decide on state or private companies as partner.

The $210-million Mattala International Airport (MRIA), which opened its doors in 2013, has hardly reached 5 per cent of its capacity to handle a million passengers per year. It's cargo service, with an annual capacity of 45,000 tonnes is in an even worse situation. Mattala moved a mere 69 tonnes in 2016.

Currently, just two airlines fly there - FlyDubai and SriLankan Airlines - each of whom operate a single daily flight.

The Sri Lankan government claims that it has lost $113 million on the Mattala airport, and has been looking for suitors to take it over since June 2016.

Indian airport development company GMR is reported to have offered to invest $205 million in the Mattala airport in exchange for a 70 per cent share for 40 years.

The issue, however, could heat up the polarised political landscape of the country and bring the India-China geopolitical rivalry to flash point again.