A vaccination to prevent heart attacks?

Harvard Stem Cell Institute (HSCI) scientists collaborating with researchers at the University of Pennsylvania have developed a ''genome editing'' approach for permanently reducing cholesterol levels in mice with a single injection, potentially reducing heart attack risk by up to 90 per cent. 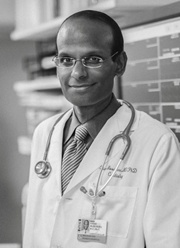 ''For the first iteration of an experiment, this was pretty remarkable,'' said Kiran Musunuru, MD, PhD, of HSCI, an assistant professor in Harvard's Department of Stem Cell and Regenerative Biology (HSCRB), and a cardiologist at Brigham and Women's Hospital. Musunuru stressed, however, that it could take a decade of concerted effort to get this new approach for fighting heart disease from the laboratory to Phase I clinical trials in humans.

The research was published online by Circulation Research, a journal of the American Heart Association. Qiurong Ding, PhD, a postdoctoral fellow in Musunuru's laboratory, is first author on the paper.

The work by the Musunuru team and a Penn team led by Daniel J. Rader, MD - an expert in cholesterol metabolism and a long-time collaborator of Musunuru's - focused on altering the function of a gene in the liver called PCSK9.

But a research group in Texas discovered that about three percent of the population have different mutations in PCSK9 that have the opposite effect - those with the mutations have low-density lipoprotein (LDL or bad) cholesterol levels about 15 to 28 per cent lower than the average level. And the people with that ''good'' defect have heart attack risks that range from about 47 to 88 per cent below average.

''Our reasoning was that nature has already done the experiment; you have people who have won the genetic lottery,'' said Musunuru. ''They are protected from heart attack, and there are no known adverse consequences. So that led us to reason that if we could find a way to replicate this, we could significantly protect people from heart attack.''

David T. Scadden, MD, co-director of HSCI, co-chair of HSCRB, and director of the Massachusetts General Hospital Center for Regenerative Medicine, said the work ''is an outstanding example of how new approaches to disease can emerge when basic science and clinical care are creatively combined. Its a reminder of how important it is for all of us that research is supported if we are going to come up disruptive new thinking to solve major health problems.''

Musunuru's and Rader's project to turn normal PCSK9 genes into those with the ''good'' defect came at an inflection point in genome editing, the refinement in early 2013 of a technology called CRISPR/Cas9, first discovered in 2007.

''The biological sciences as a field got really excited by this new technology, because it makes it far easier to edit the genome in every species you can think of, from fruit flies, to fish, to mice, to monkeys, to human cells,'' said Musunuru, whose group was among the first to use it in stem cells.

''Cas9 is a protein that will create a break in DNA, and the CRISPR is an RNA component that will bind to a matching sequence and directs the Cas9 to that sequence in the DNA in which you are interested. This creates a break where you want it. The cell can then repair itself, though often with errors, which is useful if you want to disrupt a gene,'' he said, ''to create a 'knockout' of the gene,'' which is precisely what Musunuru's team did with PCSK9.

''The PCSK9 gene is expressed primarily in the liver,'' explained Musunuru, ''and produces a protein that is active in the bloodstream and prevents the removal of cholesterol from the blood. Several drug companies have been developing antibodies'' to it, he said, but ''the problem with antibody-based drugs is they don't last forever; you'd need an injection every few weeks. The main option for reducing cholesterol is statin drugs, such as Lipitor, but many people taking statin drugs every day still have heart attacks. So there is still a great need for other approaches,'' said the scientist.

''What we were thinking was that with this genome editing technology we can do something we couldn't do before-make permanent changes in the genome at the level of the DNA; we can actually go to the source. So the question was whether we can use genome editing to make normal people like people born with the 'good' mutations.'' And the answer, in mice, was ''yes.''

''The first question was whether we could get CRISPR/Cas9 into the liver, and once we got it into the liver, would it function properly,'' Musunuru continued, ''and it did. It could have had no effect, but it turned out to have a dramatic effect. Within three to four days of delivering the system into the liver the majority of the PCSK9 gene copies in all of the liver cells were disrupted, knocked out, and what we hoped to see was much less of the protein product in the bloodstream, which is what we saw.''

''The other consequence that we saw,'' Musunuru said, ''was a 35-40 per cent reduction in cholesterol levels in these mice,'' which would translate in humans to a heart attack risk reduction of as high as 90 per cent.

''Heart attack is the leading natural killer worldwide, with one in two men and one in three women past the age of forty having heart attacks in their lifetimes,'' Musunuru continued. ''If you had a therapy that targeted the liver, changed the genome-if you could do that, and if it were totally safe, then at least in theory you could think of this therapy as something like a vaccination. It could be a one-time treatment, a permanent alteration. If you used this in a population, you could reduce the occurrence of heart attack by 30 percent, 50 percent, 90 percent.''

''As a cardiologist, what I find most tragic is when a 55-year-old person, with a family, in the prime of life, still working, out of the blue has a heart attack and drops dead. The public health implications are not trivial. Heart attack is a killer of the elderly, but there are many 50-, 60-, 70-year-old men and women dying of heart attacks,'' he said.