Researchers at Harvard Stem Cell Institute (HSCI) have developed a new way to fight brain tumours by trappiing oncolytic virus-loaded stem cells in a gel and then applying it directly to the malignancy. 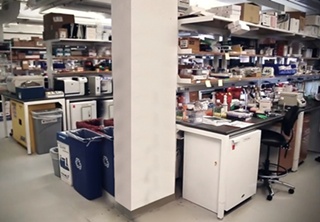 The technique when used on mice with glioblastoma multiforme, increased survival rates significantly.

Though, the cancer-killing properties of herpes virus had shown promising results in the lab, the therapy did not quite work out for humans, as the virus could not attach itself for long to the targeted cells.

However, in the latest study, the virus was able to stay at the site long enough, thanks to a gel that helped the cell attach as it went about its dirty work.

The therapy is used after what can be excised of the glioblastoma multiforme -- the most common, and difficult to treat, brain tumour found in humans. The technique is used to kill cancer cells left behind by the surgeons, to prevent the tumour from regenerating.

The survival rate among lab mice was significantly enhanced with the application of the virus in the form of gel, rather than injection of the of the naked virus into the cavity which was the site of the virus.

Applying the virus in the form of gel -- instead of injecting the naked virus into the cavity where the tumour once was -- improved the survival rate among lab mice.

Cancer-killing or oncolytic viruses had been used in several phase 1 and 2 clinical trials for brain tumors but success was limited. In preclinical studies, oncolytic herpes simplex held out greater promise, as they naturally infected dividing brain cells.

However, the therapy had not proved quite as successful for human patients as researchers could not find a way to keep the herpes viruses at the tumor site long enough to work.

The researchers used mesenchymal stem cells (MSCs), a type of stem cell giving rise to bone marrow tissue, that had been seen as very attractive drug delivery vehicles as they triggered a minimal immune response and can be used for carrying oncolytic viruses.

The researchers loaded the herpes virus into human MSCs and injected the cells into glioblastoma tumors developed in mice.

They were able to watch the virus, with the help of multiple imaging markers, as it passed from the stem cells to the first layer of brain tumor cells and into all tumor cells.

The team used proteins to watch in real time as the virus combated the cancer, and observed how the gel kept the stem cells alive longer, allowing the virus to replicate and kill any residual cancer cells that were not cut out during surgery, making for higher survival rate for mice that received the gel-encapsulated stem cells.