Research involving genetic modification of human embryos, though controversial, was essential to understand the biology of early embryos and should be permitted, an international group of experts said on Wednesday. 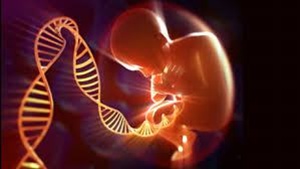 The Hinxton Group, a global network of stem cell researchers, bioethicists and policy experts who met in the UK last week, issued the statement.

According to the group, it was currently not in favour of allowing genetically modified human babies to be born.

"However, we acknowledge that when all safety, efficacy and governance needs are met, there may be morally acceptable uses of this technology in human reproduction, though further substantial discussion and debate will be required," the group said in a statement.

Citing the ''tremendous value to basic research'', the expert group said the science of gene-editing would ''continue to progress rapidly, and there is and will be pressure to make decisions scientifically and for funding, publishing and governance purposes."

Biomedical research is funded by the US National Institutes of Health (NIH) but it refuses to provide money for any use of such gene-editing technologies in human embryos.

"The concept of altering the human germline in embryos for clinical purposes has been debated over many years from many different perspectives, and has been viewed almost universally as a line that should not be crossed," NIH director Dr Francis Collins said in April.

According to Sarah Chan, a leading member and an academic at the University of Edinburgh, preventing research in the area would be dangerous.

"The prospect that genome editing may one day be used to create genetically modified humans should not in itself be cause for concern, particularly where what is at stake is curing or preventing serious disease.

"At the same time, more research is needed, together with robust public discussion, before genome editing could proceed to reproductive clinical applications."

Scientists in China, earlier this year, used a molecular cut-and-paste technique to edit a problem gene linked to a potentially fatal inherited blood disorder. The move, however,  was met with calls for a worldwide ban on the creation of "designer babies".

A statement backed by the group's 22 members said, "We believe that while this technology has tremendous value to basic research and enormous potential for somatic clinical uses, it is not sufficiently developed to consider human genome editing for clinical reproductive purposes at this time.

"Given all safety, efficacy and governance needs are met, there may be morally acceptable uses of this technology in human reproduction, though further substantial discussion and debate will be required."