Combining AI technology,  data from our DNA and how we perceive food  and culinary know-how could help to keep the population healthier for longer by Ryan O'Hare, Imperial College London 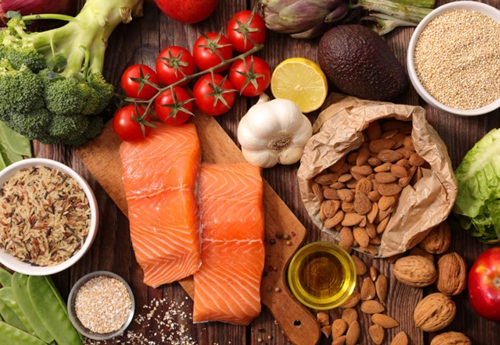 In a concept which brings a bit of science fiction to the dining table, researchers at Imperial are investigating how incorporating data from our genome with how we perceive the food we eat could lead to more personalised meals, which could also help to tackle climbing rates of chronic conditions like obesity, cancer and diabetes.
Earlier this month, Dr Kirill Veselkov, from the Department of Surgery & Cancer, delivered a keynote lecture at a conference on the ‘future of computing and food’, where the group launched a 10-point manifesto.
Dr Veselkov is working with computer scientists, medical researchers, health economists and Michelin-star chefs to reimagine the future of food, with a vision of personalised ‘food passports’ that could deliver tailor-made meals based on our environment, and our DNA. 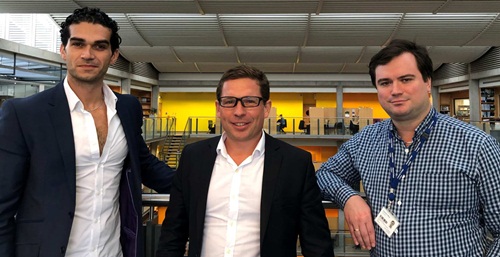 Designing the future of food: Imperial researchers Kirill Veselkov (centre) and Ivan Laponogov (right) with chef and founder of Kitchen Theory, Josef Yussef (left). (Credit: Kirill Veselkov)
How did the project come about and what exactly is a ‘food passport’?
We recently met with chef Jozef Youssef, who founded his own company called Kitchen Theory. They’re doing some exciting research on how we perceive flavours of food, how we taste food, and how smell and even music influence our perception of food. It's quite amazing.
But it’s important to realise that some of these aspects are genetically imprinted as well, so we want to look at what extent the gene and the environment interact to influence our perception of smell, flavour and taste of food as well.
We started to explore the idea that based on the huge amounts of data available, it might be possible to match our genetic profiles with the way we perceive food.
What we imagine is that in the future we could have this kind of passport that contains your biochemical information, your behavioural information, and to a certain extent your history as well, and when you go into a restaurant the chef could prepare food tailored to your personal profile – which includes the way you perceive taste and smell. 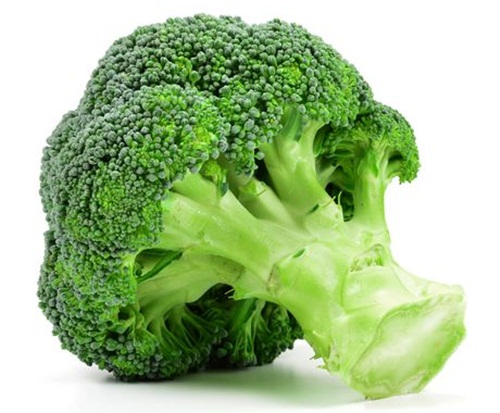 Broccoli that tastes like chocolate?
The future of food could involve artificially enhancing smells and flavours and reducing some of the negative nutritional content in 'bad' food groups to promote healthier diets.
How would this affect our food? Would it be subtle substitutions for different foods – so two people go into the same restaurant, but one has broccoli as a side and one has potatoes – or will they be entirely different meals?
Both. They can be substitutions or be entirely different.
If you think about the healthcare angle, we know that certain foods may be beneficial against certain diseases, so in that case you're taking into consideration not only the fact it tastes good, but also helps against the disease process.
Recent studies have shown that certain dietary interventions may actually be more effective than drug treatments. Obesity, for example, is a classic example. Also, up-to 40 per cent of all cancers are preventable by lifestyle and dietary influences alone according to recent data.
So there are two aspects of this, the way we perceive food and how it tastes – which is quite a personal experience – but also how we can build in healthcare in the way that you eat the right food, and the food that's good for you as well.
I think that's an important aspect given that by 2020 we expect almost 80 per cent of people to be obese, costing the NHS around £5bn per year.
Is the main driver behind this that it could go some way to address obesity?
Absolutely. We're talking about the morbidly obese. Ultimately, obese individuals have a lot of health complications, like diabetes, risks of developing cancer and cardiovascular disease, which cost a lot of money to treat as well.
And their productivity is affected by this. If you think about human capital, which is the driving force of developed economies, if you have loss in productivity of the majority of your population, how can you compete globally?
This is the major motivation for me, how we can bring all of this genomic, biochemical, behavioural and environmental data together to improve population health through precision nutrition and potentially treat diseases using dietary interventions.
So if you and I were to go to a restaurant for lunch with our food passports, how do you imagine our meals might be different, based on this sort of information?
Well, one example is the way we perceive salt, because I may perceive something to be saltier than you do. From the food passports you could get a read out of the activity of your taste receptor genes and the amount of salt you might taste, which would be different between me and you.
This is just one example, but the way you perceive smells and colours as well, or the music that is playing as well and the surrounding environment, or the texture of the food could be different.
There are a lot of components that could be considered and it does depend on the individual. The way the food smells and how we perceive smell can also be quite different, and that can reflect on our previous memories. It can be very personal and it plays an important role in the way we taste food, whether it's a good or bad memory.
What is good for us and what we like may be two very different things – a lot of us prefer fatty foods and sweet treats to salads. How does this come into play? Would our genome not predispose us to liking fatty foods and things that are bad for us?
This is the case, and that's where some of the flavour of the food comes from, from lipids.
But the way it has been shown recently is the way we can change the smell of the food to make it healthier.
So Broccoli that smells like chocolate, for example?
Exactly. The way we taste something is linked to the smell - a strawberry for example, you get the smell and you know what it's going to taste like. The taste comes from smell as well, so we could artificially enhance the smell of the food and reduce some of the negative nutritional content.
You recently helped to launch a manifesto on the future of computing and food. But what's next?
The idea of the manifesto is to facilitate debate. We wanted to get people together from the food community, the computational community and a large number of restaurants – who don't communicate with each other at all – to think about how we can solve global challenges.
In the Western world we have a lot of obese individuals, but we have around one billion people in the world who are starving and malnourished, so we need to think how we can develop a healthier system in the way the food is distributed as well. I think that requires new policies, and again, this multi-stakeholder approach, bringing together people with different expertise and backgrounds to think about how we can address this 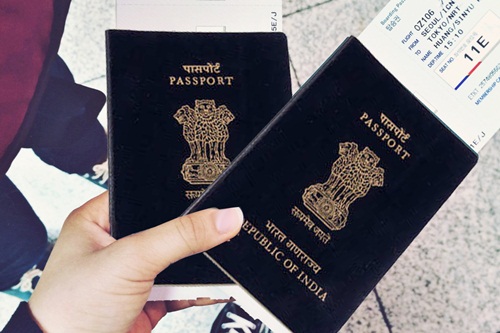 Dining out in future could mean remembering to bring your 'food passport', holding information about your genome and how you perceive elements of food
I'm a computational scientist and can develop the new algorithms, but the data analytics need to be put into context. That was why we spent three days with Jozef, talking about the overlap between computing and the demands of the food industry. As a chef, he can see which data are more valuable and what would be useful for him as a chef to design better food, improve how people experience food, and eat healthy food, as well as addressing portion control and tackling food waste.
What's next for the food passports – is it just a concept or are you thinking of taking it forward and developing it?
We want to take it forward. There has been an explosion in the amount of publicly available data on food chemistry and biology – including molecular profiles of flavours and their potential health benefits – so we have a unique opportunity to personalise food and dietary recommendations for people.
Earlier this year we began a pilot study using networks of smartphones – using the DreamLab app – to analyse data on drugs and help to find new combinations of drugs and repurpose existing treatments to tackle cancer.
A comprehensive database of food properties was fed into the model, which showed, for example, that cabbage, soy beans, garlic, cactus pear and pigeon peas all contained profiles of compounds that were highly likely to be effective in fighting cancer.The first phase of the project has enabled my team to create a machine-learning (AI) model which can be used to predict based on genome-wide networks whether certain individual or combinations of compounds will have cancer-beating effects in the human body.
Some of these molecules, like the flavonoids, indoles and brassinosteroids found in cabbages and broccoli, have already been tested to be effective in tackling cancers in cell cultures and in animal models, which shows our model can help to pick out other compounds with anti-cancer properties.
We have spoken to Pieter Dorrestein at the University of California, San Diego, who’s a world leader in biochemical and microbiome research. His team is currently running a ‘foodomics’ project. It's one of the biggest projects in the US of profiling food, and it's molecular content. This collaboration would be critical for our AI-system’s validation and quantification of disease-beating molecules across various types of foods.
It all brings us back to precision nutrition and how we can prevent the development of the disease process, especially in cancer, diabetes and obesity, with the right food interventions.
It sounds like quite a few complicated elements drawing on different areas of expertise?
The success of these kinds of projects requires a team-effort and networks, so collaboration is key.
On the AI / data analytics side of things, we have just got a PhD student with Michael Bornstein at the Department of Computer Science to develop new deep learning AI tools on graphs which will help us to get much more insight from these vast food data.
My team’s collaboration with Marianna Obrist – one of world’s leading expert in human computer interactions will be critical to research the influence of visual, auditory and haptic elements in modulating flavour perception. This may help us to nudge people towards healthier food behaviour.
I’m also working with Marisa Miraldo from the Imperial Business School, whose expertise is in health economics will help explore new data-driven business models for preventive healthcare, as currently there are very few economic incentives.
There’s even things we could do with the food itself. Despite the known health benefits of certain food groups, we know that the uptake of “healthy” foods is less desirable due to the perceived taste and visual aesthetics – think of Brussels sprouts.
With our work, in collaboration with Jozef, we might be able to develop next generation foods that don’t only have health benefits but also are tailored to individuals perceived taste and vision. This could change the future of food. It’s an exciting proposition.
Article text (excluding photos or graphics) © Imperial College London.
MORE REPORTS