Stephen Hawking is leading an investigation into whether the first object ever to arrive from outside our solar system is a spaceship from an alien civilization. It was initially thought to be a comet or an asteroid from within our solar system. 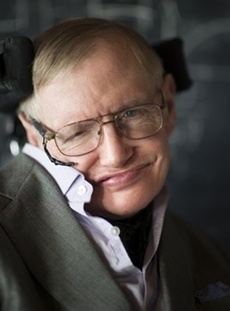 However, scientists realised it was neither and had travelled the vast disatances interstellar space at around 200,000 mph.

A scientific body under Hawking is now trying to figure out whether the ''cigar-shaped'' object is an alien probe or a previously unseen natural phenomenon.

Professor of astrophysics at Harvard University Avi Loeb said, "Perhaps the aliens have a mothership that travels fast and releases baby spacecrafts that freely fall into planetary system on a reconnaissance mission, express.uk reported.

''If this object is natural in origin, there should be many more like it in the solar system and even if most of them are natural, perhaps one of them will be found to be of artificial origin, some space device or junk from an alien civilisation.

''The more I study this object, the more unusual it appears, making me wonder whether it might be an artificially made probe which was sent by an alien civilisation.''

The official name of the object is A/2017 UI but has been dubbed ''Oumuamua'', which loosely means ''a messenger that reaches from the distant past'' in Hawaiian.

The object was discovered by the Pan-Starrs project at the University of Hawaii in October.

According to commentators, scientists at Breakthrough Listen look for aliens by scanning distant stars, 'Oumuamua' was an opportunity they could not pass up. Astronomers have catalogued 750,000 asteroids, but this is the only known chunk of rock to originate from a different stellar neighbourhood.

Also 'Oumuamua's strange shape and awesome speed (it's moving at 26.3 km/s) suggested that it is something perhaps not quite natural.