Grasping an object involves a complex network of brain functions. First, visual cues are processed in specialized areas of the brain. Then, other areas of the brain use these signals to control the hands to reach for and manipulate the desired object. 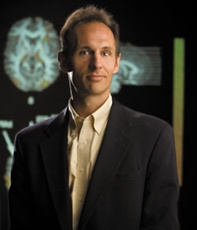 New findings from researchers at the University of Missouri suggest that the cerebellum, a region of the brain that has changed very little over time, may play a critical role. These findings could lead to advancements in assistive technologies benefiting the disabled.
''We live in a world of advanced technology in which a button can move a crane or open a door,'' said Scott Frey, professor of psychological sciences in the College of Arts and Science and director of the Brain Imaging Center at MU.

''For those with disabilities, assistive technologies, such as robotic arms or sensors inserted in the brain, make it possible to accomplish actions like grasping with the press of a button or directly through brain activity; however, little is known about how the human brain adapts to these technologies. We found that the brain didn't necessarily evolve to control modern robotic arms, but rather the cerebellum, an ancient portion of our brain that has remained relatively unchanged, plays a vital role in helping us reach and grasp with these tools - often with only minimal training.''

In the study, participants completed a series of ordinary reaching and grasping tasks involving colored wooden blocks. Regions of the brain were monitored by functional magnetic resonance imaging (fMRI).

Then, in a training session, participants were introduced to a robotic arm that performed the same reaching and grasping tasks when they pressed specific buttons. Participants were told that the next day's tasks would involve their controlling the robot remotely by video feed from within an MRI scanner.

''We found evidence that the brain is very flexible and can be rapidly conditioned to associate new consequences with a variety of movements,'' Frey said. ''Pressing a button is a very simple act that does not naturally result in grasping. Nevertheless, after subjects learned that pressing one button would result in grasping objects with a robotic arm, this same movement resulted in a dramatically different pattern of brain activity than pressing an identical button known by them to have no effect on the robot's behaviour.

"Localised activity within the cauliflower-shaped cerebellum, or 'small brain' sitting toward the back of the head, increased dramatically. These findings suggests that we might look to the cerebellum when seeking potential targets for brain-controlled interfaces.''

For many years the cerebellum, an ancient structure that contains more neurons than the rest of the brain combined, was believed to control very basic motor and balance functions, Frey said.  Results from this study provide further evidence of the cerebellum's role in higher cognitive functions.

The study, Grasping with the press of a button: grasp-selective responses in the human anterior intraparietal sulcus depend on nonarbitrary causal relationships between hand movements and end-effector actions, was recently published in the Journal of Cognitive Neuroscience.