To cut a long story short

Gopal Ramanan was born and raised in India. He holds an MBA. from the University of Maryland and has spent a career in banking. He is an avid reader and with a long-standing interest in writing fiction. Currently retired.

In this interview with Swetha Amit,  Ramanan  talks about the inspiration behind his book, some pertaining social issues and his upcoming books. 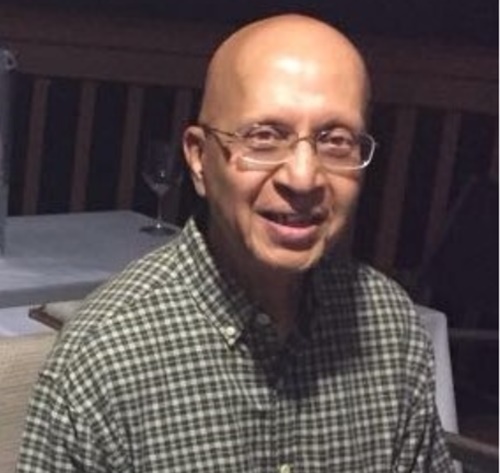 What inspired the book?
When I was in school, two of my poems were published by Junior Statesman (JS), a tyouth magazine published by The Statesman of Calcutta, and edited by Desmond Doig. They used to publish the works of young writers.  After that I got busy with higher studies and work  and never got around to writing.  I thought I’ll start pursuing writing after retirement.
When my wife passed away two years ago, I was in immense grief. After six months, I decided to finally pick up the pen and get around to writing some of the ideas that I had discussed with her when she was alive. Maybe she’s watching me from heaven and prompting me to write. This collection of short stories stemmed from some of the ideas that I had. I began to add more inputs when I started writing.
Where were the characters in this book inspired from?
The characters and stories are mostly woven from my imagination. Sometimes I would come across some headlines or news article on something that inspired me to come up with a story.  For instance, the story Shoeshine Boy was based on an article that I read about the shoeshine boys of Delhi. Otherwise its purely from my imagination. I’ve always had good imagination and used to create stories to tell my children.
A couple of your stories involve a theme where children are trying to make a better future for themselves. How do you see the opportunities for such children today?
To be honest, it’s hard. I mean I do see a future for them. But it all depends. The  poverty in India is overwhelming.  Maybe one among a thousand boys manage to make a good future for themselves. The rest unfortunately still strive to get out of that circle of poverty.  However, I do hear things are becoming better. It’s also sad to see children out on the roads selling things when they should ideally be in school.  In fact, my inspiration for the shoeshine boy came from reading about such instances. I also largely draw inspiration from author RK Narayan as he would also draw inspiration from real life instances.
One of your stories talks about sexual harassment in work places. How do you think such instances should be dealt with?
They should be dealt with promptly and firmly. Unfortunately, many years ago it was all suppressed. Women used to be scared of talking about such things due to the fear of losing their jobs or not being believed by the authorities.  However, things seem to be changing for the better as more and more people are vocal about it today.
Another story of yours talks about a protagonist who experiences transformation after taking a break from technology and media. How do you think one should take a break from social media?
I think it’s very important to take a break from social media.  We all get so caught up that it will do us good to get away from it. Youngsters especially are addicted to it. The other day when I was going for a walk, I saw two girls walking together. Instead of conversing with each other, they were texting on their phones. I think real communication is diminishing because of this which is quite sad.  Even when I was working, people in the same office would mail each other instead of getting up and going across to their cubicles and having a face to face interaction.
A couple of stories talk touch upon the themes of kindness and thoughtfulness. Do you see these emotions dying away in today’s world that is manifested with selfishness and greed?
I don’t know if there is more selfishness and greed than there used to be. Going by some of the things that happened in the old days such as these mean land owners who would torture people under them.  It’s really hard to say. The story of birthday that manifested thoughtfulness was driven by the fact that people have so much tension with regards to their work that they forget important days.
How was the experience of writing a book on short stories as opposed to your earlier two books?
I enjoy writing short stories more. I think in a short story, you can develop the story faster.  When it comes to an end, you can move on to the next one. I find the process of writing a full-fledged novel quite challenging.  My previous book was a murder mystery and I recollect having to go back and forth. I had to ensure that the characters were consistent and that instances weren’t contradictory in the plot.  Having said that, I enjoyed writing this book as murder mystery is my favorite genre.
Any more books in the pipeline?
Many of my readers were eager to see a sequel to the murder mystery that I wrote earlier. So, I am currently working on that sequel and have written a couple of chapters. I am also simultaneously working on a book of short stories. So, I am going back and forth between the two books.
MORE REPORTS