A tribute to the Bravehearts

A 2005 Harry Brittain fellow and winner of the 2006 Commonwealth Press Quarterly's Rolls Royce Award, Rachna Bisht Rawat is a journalist, writer, mom to a precocious twelve-year-old and gypsy wife to an army officer whose work has taken the Rawats to some of the quirkiest places in India. Rachna has written for publications such as The Statesman, The Indian Express, Deccan Herald, Outlook, Discover India and Femina. She is .

In this interview with Swetha Amit, Rachna talks about her idea behind the book, her experience of interviewing families of martyrs and how it changed her perspective. 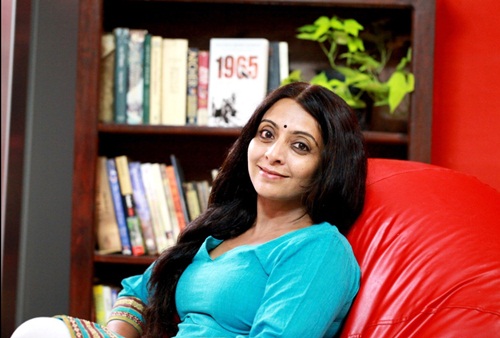 What inspired Kargil? How did the idea initially commence?
It was an assignment that came from Penguin publishers. They have been wanting me to write Kargil for a while as I have authored some army books earlier for them. Initially they had suggested the 1962 war but I refused as it was a really sad war. As it is, war stories are sad as people die in such instances.
Being a sensitive and an emotional person, it was not easy to write such stories and it takes a toll on me. Since the 20th anniversary of the Kargil war was coming up, I decided to take on this assignment, saying that this would be my last book on war. It is usually tough to recreate war stories as in the earlier wars, the survivors were old and could barely recollect their moments in the war.
However, with regards to Kargil it was easier as there were survivors and they were able to recall the war in vividly. It was an attempt to make readers view our martyrs and soldiers as people more than just faceless soldiers. Memories are a manner in which we can repay our debts to our armed forces.
While interviewing the war survivors and the families of martyrs, was there any fear about opening old wounds?
Not this time. It was there when I wrote Brave five years ago.  Now it’s not something new for me to interview people who have undergone such a vital loss. In fact, there is a sense of pride instilled to such a loss. Such people are keen to share such stories as they want their children to live in our hearts. Soldiers who have survived the wars also talk about the courage displayed by their comrades with immense pride.
There are instances in the war where our soldiers watch their comrades die in a helpless manner. How does one manage overcome their grief in a short span and continue fighting in a grave situation? What makes them so gritty?
The soldiers whom I have spoken have told me that when it comes to fighting on the battlefield, they are fighting for their own survival. They realise that if they don’t fight and grieve, they will become susceptible to enemy bullets. Fighting for survival becomes the uppermost reality for them. Probably this is what circumstances teach them. Self-preservation is the highest human instinct.
Another aspect is pride for their own unity. They know that if they display any kind of weakness and die on the battlefield, their unit members will go back and tell stories about how they behaved like cowards. This very pride propels them to gather their emotions and fight fiercely.
Coming back to process of writing Kargil, how long did it take you to do the research and interview people?
It took about a year and a half to do both the research and writing. Interviewing army officers is not an easy task as it doesn’t happen on a regular time table. There were people whom I would call up and they would be amidst a tense zone in Kashmir. So, every time I would talk to them, they would have to go undercover for 10-15 days. They would be unreachable till then. So, I used that interim period to write based on the information that I initially collected from them. 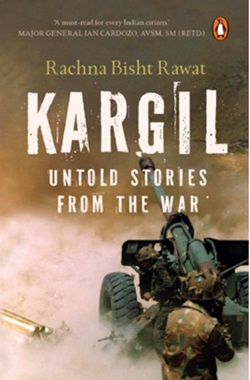 A pertinent line by Col Bawa in your book reads "wars only bring misery and cannot solve problems." What are your thoughts on this?
People who have not fought a war will not realize the amount of misery wars bring.  Such people go on this euphoric stance saying that they will fight Pakistan. However, if you ask any soldier who has fought a war, they will tell you the pains of war.
Colonel Bawa is just echoing the sentiments of all those soldiers who have fought a war. Given a choice, they will not want to fight a war because ultimately everyone is a loser in some way. There are several people losing their lives in a war and if you look at history, there is no war that has ended in happiness. That’s the greatest truth of war.
You have also talked about Gunjan — Kargil’s only woman warrior. Do you see more women joining the armed forces today?
Yes definitely. There are many women who aspire to join the armed forces. In fact, just a while back on my Instagram, there are young boys who send me their photos posing with the book Brave. When I wondered why no girl has posted their picture with the Brave cover, one such person messaged me saying that it’s not about the ‘Brave’ pose but about the ‘Brave’ dream. She expressed her dream about wanting to join the armed forces and said that she is waiting for the opportunity when women can also fight in the wars for their country.
Penning down such a book can be a life altering process. Has it changed you as a person?
Meeting the families of these martyrs made me realize how small my troubles are as compared to theirs’. Despite losing their sons, they seem to carry on with their lives in a strong manner. Imagine living with the information about how your son is tortured for four weeks as a prisoner of war. When I met his mother, she said that she has not shed a single tear as it would lessen the sacrifice he made for the country. Meeting such people who are willing to embrace life as a gift, made me more balanced and down to heart.
Lastly, what are your plans for the next book?
Yes. My next book is going to be a work of fiction. It will be a mixed bag showcasing love stories, victories, humour and feelings of army officers. Many a time, people tend to look at these men in uniforms in a God like stature. This book is an attempt to showcase the human side to them and showcase their emotions. It should hopefully be out end of next year.
MORE REPORTS