Silicon Valley veteran Karen Wickre, former editorial director at Twitter, where she landed after a decade-long career at Google, is an advisor to startups and a life-long information seeker. She is a member of the Board of Visitors for the John S. Knight Journalism Fellowships at Stanford University, and serves on the boards of the International Center for Journalists, the News Literacy Project, and the Yerba Buena Center for the Arts. She has been a columnist for Wired.com and is a cofounder of Newsgeist, an annual conference fostering new approaches to news and information. Swetha Amit, San Francisco-based Wickre talks about the inspiration behind her book, why people hate networking and the difference between introversion and shyness. 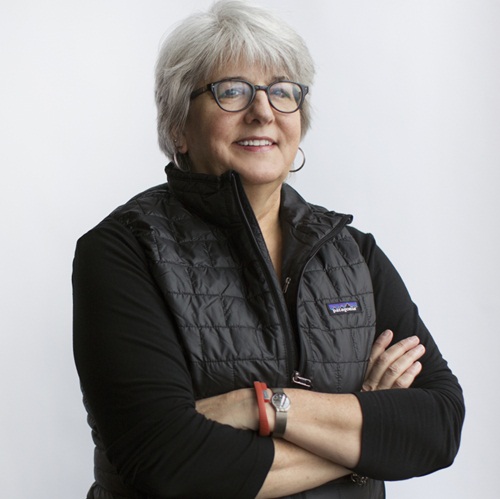 What inspired you to write on networking?
It was actually a bit of an exercise to see if I could break down the small bits that went into meeting, introducing, connecting and keeping up with people. It’s something that I do. A number of people have asked me how I know everyone since I prefer to be behind the scenes. It led me to think about this. I’d written an article on nurturing your network for life a few years ago. It got published, which in turn helped me get a new book agent. The challenge was to write about the value of personal network. I wanted to write it in a manner that will enable people to not associate the hated tab with regards to networking.
Why do you think people hate networking?
I think it’s for a couple of reasons. One is that it seems like a task even though it’s not on your to-do list.  It’s not really something you think about until you need a new job. That notion of going out to a sea of people and finding someone to help you get a job is daunting. You are feeling desperate and not sure how to begin.
The other reason is that people associate networking with having to go into a room of strangers and make your case quickly and impress them fast. Everyone I talk to, be it introverts or extroverts, are not sure who would be interested in what they are doing. So, the purpose of my book is to help people adopt a different approach towards networking and not view it as a task.
You have mentioned the value of maintaining weak ties. However, when individuals fail to get responses when they reach out to others, it tends to put them on the back foot. How does one overcome this?
So, what I usually tell people is that we know more people than we think we know. The weak ties or people with whom we are not in frequent touch with are not strangers. These are people whom we once knew either through a past job, school or some brief introduction. While reaching out to them, you could give a small context of how you knew them and say why you are reaching out to them. Sometimes you may not get a response immediately, which usually happens over email. It may turn out that the person has probably missed the mail. In that case if you had a specific question in mind, you could probably send them a reminder mail saying that they probably missed this particular message. You can do that once. If you still fail to get a response, I suggest that you don’t send it again.
The second part of your book mentions the importance of social media and the third part deals with the real world. Due to social media, some individuals tend to lose out on face time. How does one balance this?
The good thing about social media is that you can be in loose touch with many more people than you ever could in person. You are not going to meet all those people in person unless there is a context that arises. If you were to meet any of them for coffee, it’s going to be with some purpose. You are not just meeting to get to know one another. Invariably when you meet for a certain purpose say something work related, you may end up talking about other things.
In the quest of networking, people sometimes feel they lose their identity in the process. How do you think they can address this issue?
One to one exchanges are the best way to be individualistic. You are connecting with one person at a time whether it’s an online exchange or email or in person. So, you don’t want to be too stiff. During the course of the exchange, you may want to have a little personality in it. It’s fine to be informal at times. In fact, these days there are a lot of informalities exchanged because of social media platforms.
We have a little more of familiarity with people whom we don’t know due to the presence on social media. The fact is that they are sharing with us and not made it private, enables us to be friendly with someone we don’t know well. Anyway, the person we are meeting is not a hiring manager for a job you are applying for. You definitely want to make an impression but you aren’t necessarily stressed as you would be when you are meeting a prospective employer. 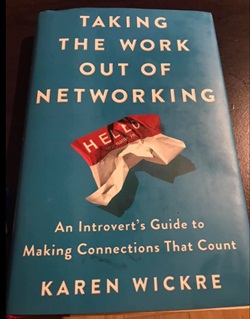 While we are on the topic of social media, a lot of people seem to want to detox from it. In that case, they tend to lose touch for a brief period of time. Do you think this sort of break will affect the momentum of networking?
Networking is an ongoing process. My favorite line from the book: Think of networking less like hunting and more like farming. Hunting gives a very transactional exchange. In farming, you are planting, weeding, watering and harvesting. So, its ongoing and you continue the activity over time. That’s how you take it with people.
You will probably do this throughout your life. However, you can take a vacation. There will be times when you haven’t heard from some people in a while. Don’t hesitate to reach out. You could probably send them a note and ask them how they are doing. It’s not a heavy task just a momentary touch point with someone. If you could do these little things, it will help you keep up with networking.
Susan Caine states in her book Quiet that introverts make better leaders due to their empathetic ability. Do you think this holds true for networking as well?
What I love about her book is that she did a lot of research about the nature of introverts. I agree with her on these things. Building on what she wrote, I talk about three super powers that introverts have. One is being good listeners. Introverts like to let the other person talk and make them reveal more about themselves. Secondly, they are observant and like to pay attention to detail. People watching is something that introverts like to do as they are curious about why people behave in a certain way. Building on that, their third quality is curiosity and that propels them to meet people. Introverts don’t usually rush out to meet people but when someone wants to introduce them to a person whom they are likely to have a lot in common with, then they are eager to meet them out of curiosity.
You are a self-proclaimed introvert. Do you think your years in the Silicon Valley helped you overcome your shyness?
I don’t think being introverted is the same as being shy. I don’t feel shy. I just don’t get my energy from constantly being with people. I need to have quiet time to think for myself.  The difference between extroverts and introverts is that extroverts can constantly socialise. Introverts will also socialise but will also seek to find time for themselves.
I have worked 10 years in google and what I have learnt is that it’s up to you to make your work experience successful to some extent. Part of that is to make connections with people in different teams in the company. It helps your own understanding of what the company does and how things work. I was on a team that encouraged a lot of collaboration. Had I been in a different place, I don’t think I’d have gone out and met so many people. In Google, you are encouraged to meet different kinds of people and this aspect has stayed with me ever since.
What are your future plans? Any more books in the pipeline?
Not yet. People are still curious of about this book. So, it will be a while before I come out with another book.
(Also see: Excerpt from Taking The Work Out Of Networking)
MORE REPORTS