A thrill down the spine 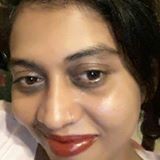 Manasi Sapre is content head of Lebara Digital Pvt. Ltd.  Prior to this she worked as head of content and programming for various national Hindi and English TV channels. She has been part of the core leadership team at UTV and has launched several successful channels in the movies and children's television space. Her passion for cinema from Bollywood entertainers to Hollywood blockbusters, to Japanese animated productions, led her to conceptualise and head highly successful niche TV channels.

Sapre is also a compulsive and esoteric reader and her interests range from 19th century Russian novels to Marathi literature to modern suspense and murder mysteries. She is the author of Pune Murder Chronicles, which is book retail chain Crossword's bestseller section in the fiction category. In this interview with Swetha Amit, she talks about her debut book, the issues prevailing in our society and books that have inspired the compulsive reader in her.

Pune Murder Chronicles evolved from an earlier draft which was a revenge story – about a vigilante who takes justice in his hands. Over time, the story became more of an investigation into a crime. The themes: discrimination against women, dynamics of media, changing cityscape of Pune, our contradictions as a society; have been in my mind for a long time, which I managed to bring out in my book.

Your book's plot is set around the city of Pune. What made you choose this city as a backdrop for your book?
I spent some of my best days in Pune as a student of Fergusson College. Pune has a very distinct character and place as a cultural centre in Marathi culture. At the same time, as a tier 2 Metro, it shares some unique developments with other cities across India like Bangalore, Hyderabad etc. I am fascinated by these cities as they stand on the threshold of small towns & metropolitan cities.

The characters in your book are well chalked out with an eye for detail. Were they inspired from anyone whom you had encountered in your real life?
Different people you meet always influence you. I am sure there are influences, but there are no clear-cut representations of real life. They are truly fictional! I have tried to stay away from stereotypes and it is up to the readers to comment on whether I have succeeded.

Your book showcases the gender discrimination in terms of harassment and ego clashes in the corporate world. Do you think women are subjected to such treatment even today when aspects like Woman empowerment are coming into serious play?
The situation is changing, and there is more awareness now. But even now the discrimination and harassment are more common than what we would like to admit. Most of the time we don't like to talk about it or acknowledge it. But how many women actually hold a senior position? How much of support exists for safety of women or for that matter women with children?  The bias that a successful woman is either a careerist robot, or an opportunist who will use her femininity for external gains is more widespread than we would like to admit. And it is a worldwide phenomenon, but perhaps more pronounced in India.

The book talks about a certain corporate house taking over a newspaper publication which leads to a clash of ideals, egos and heated arguments. Would you say, corporate takeovers tend to affect the authenticity of journalism?
Not necessarily. It depends upon the kind of takeover. The novel talks about a takeover, which is focused only on commercial gain. But as you read the book you realise that there are good points about the situation as well.

Sometimes the lack of judicial action against the guilty compels one to take the law in their own hands, as indicated by certain instances in your book. Why do you think our country denies or delays justice many a time?
It could be the failure of system or perhaps we are still learning to put law into efficient process that would be able to handle our diverse society. Having said that, our system does manage to uphold the social justice to a large extent, despite so many challenges. The book for example talks about the tough life of the police force and how they still manage to bring order to public life. I am sure the same is true with the judiciary.

Several books are written under the genre of crime fiction. What makes Pune Murder Chronicles stand out from the rest?
I think what is different is that this is not a plain murder mystery. Crime stands as a mirror for our society in this book. This includes mirror to our biases, hypocrisy, insecurities, and also what makes us good human beings. The characters in the book, including the protagonist are not in black-and-white. The parallel threads of grief, family, justice, social angst, changing cityscape, friendship etc. running along with the investigation are relatable by majority, because they are universal.

What type of books interest you and which are the ones that have inspired or influenced you to a large extent?
I am an eclectic reader – from Manga to Russian novels to Scandinavian crime fiction to English classics to Marathi literature: I am an obsessive-compulsive reader. I am known to read the newspaper wrapping of a bhelpuri.

Jokes apart, I have been hugely inspired by Russian novelist Fyodor Dostoyevsky. His novels are more of a life-source for me and every time I read them, there is a new meaning that I derive and it continues to inspire me.

Lastly will we see any more books from you after Pune Murder Chronicles ?
Hopefully, yes. 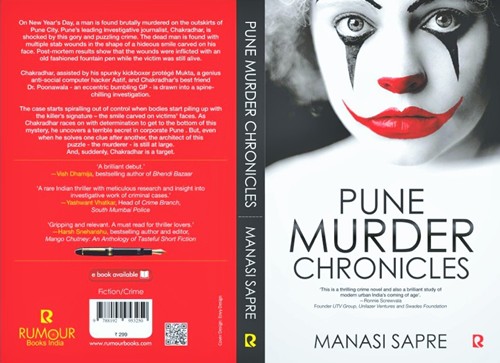