The Nobel Assembly at Karolinska Institutet has decided to award the 2022 Nobel Prize in Physiology or Medicine to Swedish geneticist Svante Paabo for his discoveries concerning the genomes of extinct hominins and human evolution. 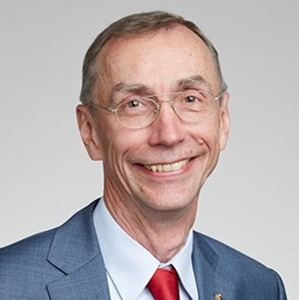 Through his pioneering research, Paabo succeeded in  sequencing the genome of the Neanderthal, an extinct relative of present-day humans. He also made the sensational discovery of a previously unknown hominin, Denisova. Importantly, Paabo also found that gene transfer had occurred from these now extinct hominins to Homo sapiens following the migration out of Africa around 70,000 years ago. This ancient flow of genes to present-day humans has physiological relevance today, for example affecting how our immune system reacts to infections, the Swedish Nobel Academy stated in its presentation.
Paabo utilised modern genetic methods to study the DNA of Neanderthals overcoming the extreme technical challenges of sequencing degraded and bacteria contaminated DNA.
As a postdoctoral student with Allan Wilson, a pioneer in the field of evolutionary biology, Paabo started to develop methods to study DNA from Neanderthals, an endeavor that lasted several decades.
In 1990, Paabo was recruited to University of Munich, where, as a newly appointed Professor, he continued his work on archaic DNA. He decided to analyse DNA from Neanderthal mitochondria – organelles in cells that contain their own DNA.
With his refined methods, Paabo managed to sequence a region of mitochondrial DNA from a 40,000-year-old piece of bone, achieving access to a sequence from an extinct relative. Comparisons with contemporary humans and chimpanzees demonstrated that Neanderthals were genetically distinct.
By the end of the 1990’s, almost the entire human genome had been sequenced. This was a considerable accomplishment, which allowed subsequent studies of the genetic relationship between different human populations.
Paabo’s seminal research gave rise to an entirely new scientific discipline; paleogenomics. By revealing genetic differences that distinguish all living humans from extinct hominins, his discoveries provide the basis for exploring what makes us uniquely human.
Paabo earned his PhD from Uppsala University in 1986 for research investigating how the E 19 protein of E19 protein of adenoviruses modulates the immune system. From 1986 to 1987, he did postdoctoral research at the Institute for Molecular Biology II, University of Zurich, Switzerland. From 1987 to 1990, he was a postdoctoral researcher at Department of Biochemistry, University of California, Berkeley, United States.
MORE REPORTS