Queen Elizabeth II, Britain’s longest-reigning monarch and the nation’s figurehead for seven decades, died at her Scottish home on Thursday. She was aged 96, the Buckingham Palace said. 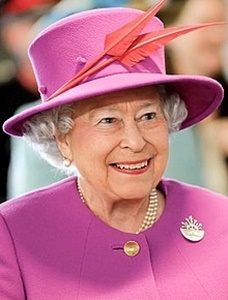 “The Queen died peacefully at Balmoral this afternoon,” Buckingham Palace said in a statement. “The King and The Queen Consort will remain at Balmoral this evening and will return to London tomorrow.”
Her eldest son Charles, 73, automatically becomes king of the United Kingdom and the head of state of 14 other nations, including Australia, Canada and New Zealand.
Her family had rushed to be by her side at her Scottish home, Balmoral Castle, after doctors expressed concern about her health. She had been suffering from “episodic mobility problems” since the end of last year, which forced her to withdraw from all public engagements.
Queen Elizabeth II, who was also the world’s oldest and longest-serving head of state, ascended the throne following the death of her father King George VI on 6 February 1952.
She was crowned in June the following year. That was also the first televised coronation of a British royal.
Elizabeth Alexandra Mary Windsor was for most of her subjects the only monarch they have ever known — and a link between the modern era and a bygone age.
Television and radio stations interrupted regular programming to broadcast the news.
The national anthem, “God Save the Queen”, was played. Flags were lowered and church bells tolled to remember a woman once described as the “last global monarch”.
The national mourning period will culminate in a final public farewell at Westminster Abbey in central London.
Charles’ coronation, an elaborate ritual steeped in tradition and history, will take place in the same historic surroundings, as it has for centuries, on a date to be fixed.
MORE REPORTS