Former US President Donald Trump was on Saturday acquitted on charges of inciting the 6 January assault on the US Capitol, after a majority of Republican senators refused to vote in favour of punishing Trump and instead voted ‘not guilty,’ in the second impeachment trial in his four years of office. 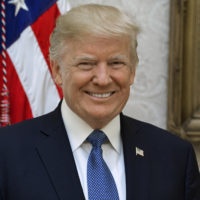 While a two-thirds majority was needed in the 100-member US Senate to convict Trump on charges of inciting violence in the US Capitol Hill on 6 February, only 57 Senators voted in favour of holding Trump guilty, while 43 voted ‘not guilty’.
Seven Republican senators joined the Democrats in voting for his conviction in the five-day long trial, reportedly making it a bipartisan impeachment trial.
However, Trump’s Republican colleagues despite opposition to his style of functioning, did not allow the Senate to punish him.
Trump described his second impeachment trial as "yet another phase of the greatest witch hunt in the history of our country.
The House had impeached Trump on 13 January and sent the charge of inciting an insurrection to Senate to hold the trial.
“Our historic, patriotic and beautiful movement to `Make America Great Again’ has only just begun,” Trump said in a statement, after the Senate vote failed to secure the necessary majority.
"In the months ahead, I have much to share with you, and I look forward to continuing our incredible journey together to achieve American greatness for all of our people. We have so much work ahead of us, and soon we will emerge with a vision for a bright, radiant, and limitless American future," he added.
"There is no question, none, that President Trump is practically and morally responsible for provoking the events of the day," senior Republican party leader Mitch McConnell said after he had voted to acquit Trump.
He said that his vote against conviction was based on a technicality that under the Constitution Trump could not be impeached by the House of Representatives and tried by the Senate because he was out of office, according to IANS.
Democrats and their Republican supporters, however, said that although he was no longer the president, he could still be impeached and face the penalty of being barred from running for office.
MORE REPORTS