Jack Welch, who transformed General Electric Co into a highly profitable multinational conglomerate and in the process emerged as a corporate management legend, died on Monday. He was 84. 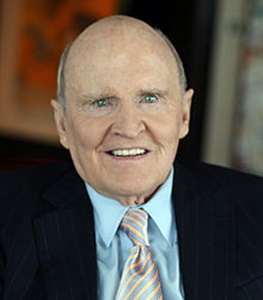 He died following renal failure, The New York Times cited his wife Suzy as saying. GE also confirmed the death.
During his two decades as GE's chairman and chief executive, from 1981 to 2001. Welch became one of America’s most well-known and highly regarded corporate leaders
A chemical engineer by training, John Francis Welch Jr transformed the company from a maker of appliances and light bulbs into an industrial and financial services powerhouse. During his tenure, GE's revenue grew nearly fivefold, and the firm's market capitalisation increased 30-fold.
He was considered as the personification of the corporate CEO during the late-1990s, when GE's soaring stock price made it the most valuable company in the world.
Welch followed a results-driven and hands-on style of management that helped GE turn around, although at the expense of thousands of employees who lost their jobs in Welch's relentless efforts to cut costs and rid GE of unprofitable businesses.
In 1999, Fortune magazine named Welch as its "Manager of the Century."
For his first book, "Jack: Straight From the Gut," Welch received a $7.1 million advance.
"From the day I joined GE to the day I was named CEO, 20 years later, my bosses cautioned me about my candor," Welch wrote in 'Straight from the Gut.' "I was labeled abrasive and consistently warned my candor would soon get in the way of my career ... and I'm telling you that it was candor that helped make it work."
Welch did not slow down after leaving GE.
He became a senior advisor with private equity firm Clayton, Dubilier & Rice in 2001. He also taught a course on business leadership at MIT's Sloan School of Management in 2006. In 2009, Welch founded the Jack Welch Management Institute, an online MBA programme that is now part of Strayer University.
While Welch was known for being hypercompetitive, he also stressed giving everyone a fair shake.
In his book, "Winning," Welch wrote that he would like to be remembered "as a huge advocate of candor and meritocracy, and believing everyone deserves a chance. And I'd like to be remembered for trying to make the case that you can never let yourself be a victim."
In 2006, Welch's net worth was estimated at $720 million. When he retired from GE he received a severance payment of $417 million, the largest such payment in business history.
MORE REPORTS