VG Siddartha, the founder of coffee chain Café Coffee Day and who is credited with the sale of IT firm Mindtree to Larsen & Toubro, has been missing since late Monday night. 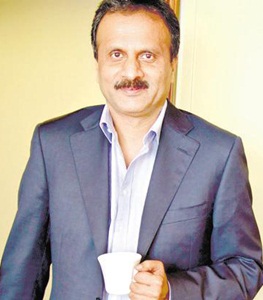 Siddartha, who went missing in Mangaluru on late Monday night, wrote a letter to the company's board stating that he could not take any more pressure from one of the private equity partners who was forcing him to buyback shares.
"I would like to say I gave it my all. I am very sorry to let down all the people that put their trust in me. I fought for a long time, but today I gave up as I could not take any more pressure from one of the private equity partners forcing me to buy back shares, a transaction I had partially completed six months ago by borrowing a large sum of money from a friend," he wrote in a note.
In his note, Siddhartha said that after 37 years with a strong commitment to hard work, having directly created 30,000 jobs through his companies and their subsidiaries, as well as another 20,000 jobs in Mindtree (he was a large shareholder of the tech firm since its founding), he had "failed to create the right profitable business model" despite his best efforts.
"Tremendous pressure from other lenders lead me to succumb to this situation. There was a lot of harassment from the previous DG Income Tax in the form of attaching our shares on two separate occasions to block our Mindtree deal and then taking a position of our Café Coffee Day shares, although the revised returns have been filed by us. This was very unfair and has led to a serious liquidity crunch."
Siddartha is also the son-in-law of the former Karnataka chief minister SM Krishna.
Siddartha's driver, Basavaraj Patil, who filed a complaint with Mangaluru police at around 12:30 am on Tuesday, said that he had picked up Siddartha from his Sadashivanagar residence at around 8 am on 29 July. Later, they went to his office in Vittal Mallya Road in Bengaluru and returned to Sadashivanagar around 11 am.
In his complaint, Patil said that Siddhartha asked him to get his (driver’s) luggage, as he wanted to go to his native place. They left for Sakaleshpur in Hassan district in an Innova car at around 12:30 pm on 29 July. After reaching Sakleshpur, Siddhartha asked the driver to go to Mangaluru.
When the car reached Mangaluru, Siddartha asked the driver to take a deviation at a circle on the national highway stating that he wanted to visit his site. When they approached the bridge across the Nethravathi, he asked the driver to stop the vehicle at one end of the bridge and said that he would return after a walk.
He told the driver to wait in the car.
Siddartha walked on the bridge towards Mangaluru city but did not return even at 8 pm. The driver then called him on his mobile phone and it was switched-off. Then he rang up Siddhartha’s son Amartya Hegde at around 9 PM and informed him that Siddhartha’s cellphone was switched-off.
Meanwhile, one employee of Siddartha’s company in Mangaluru, Pradeep Shetty, had reached the spot. The driver informed Shetty the sequence of events. Then, Siddartha's son and Shetty discussed this matter, and asked the driver to file a complaint in the jurisdictional police station.
When the police was pressed into service, the dog squad stopped in the middle of the bridge.
The Mangaluru Police Commissioner Sandeep Patil, who is in Bengaluru, visited SM Krishna’s house on Monday night. He said that he has spoken to Siddartha’s wife and other relatives.
The police said that teams from the NDRF, Indian Coast Guard, Home Guards, Fire Services and Coastal Police are pressed into service. Local fishermen are giving full cooperation and supporting the efforts of Mangaluru police.
MORE REPORTS