The government today announced the appointment of Krishnamurthy Subramanian, Associate Professorat the Indian School of Business (ISB), Hyderabad, to the post of Chief Economic Advisor (CEA) to the finance ministry, filling a role vacated by Arvind Subramanian. 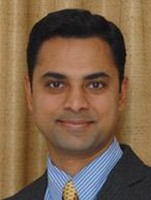 The Appointments Committee of the Cabinet (ACC) has appointed Krishnamurthy Subramanian, Associate Professor and ED (CAF), ISB, Hyderabad to the post of Chief Economic Advisor (CEA) to the finance ministry.
Subramanian has been appointed on a contract basis for a period of 3 years from the date of his assumption of charge of the post.
The normal term of the CEO is 5 years to coincide with that of the government elected to power.
Subramanian, one of the world’s leading experts in banking and economic policy, serves on the expert committee on governance of banks of the Reserve Bank of India and has established himself as one of the chief architects of banking reform in India, ISB said on its website.
He is a member of Sebi’s Standing Committee on Alternative Investment Policy headed by Narayana Murthy. He is also working with the ministry of finance to reform food policy in India.
As part of his corporate policy work, he serves on the boards of Bandhan Bank. He also serves on the board of the National Institute of Bank Management, which is chaired by the RBI governor.
Subramanian has come in the place of Arvind Subramanian, former CEA, who quit as CEA on 20 June this year. The post of CEA has been lying vacant since the exit of Arvind Subramanian. The government thought of filling the advisory post although the Narendra Modi government has only six months left to end its term.
The government is looking for candidates for the advisory post, with only six months to go for Prime Minister Narendra Modi's 5-year term to end.
Other names on the list of probables included Poonam Gupta, lead economist for India at the World Bank and Sajjid Chinoy, chief India economist at JPMorgan.
MORE REPORTS