It was the biggest one-day loss in wealth recorded by an individual in human history — Mark Zuckerberg, 34, the Facebook founder and CEO, lost a whopping $15.1 billion in the first five minutes of trading in the US on Thursday. 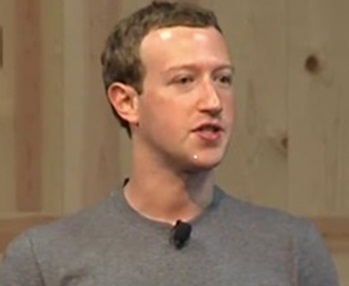 It was more than the worth of about 175 companies on the S&P 500 list, or the total market value of listed companies including Nasdaq Inc or Ralph Lauren Corporation.
And Zuckerberg’s ranking in the Bloomberg Billionaires Index slid by three points – he is now the world’s sixth-richest person, instead of the third-most affluent one, with assets of a mere $70.6 billion.
Facebook’s stock market valuation also fell by a hefty $120 billion, another dubious record, as it was the worst single-day loss in market value in US stock history.
Indeed, the shocking decline in the values has, for the first time, triggered off discontent among Facebook stockholders, some of who are wondering whether it’s time for a change in leadership at the company.
Stock investors, especially powerful high net worth individuals and investment firms, are always chary of lacklustre bosses at the helm in the companies they invest and do not mind replacing them when prices drop.
But Facebook having fared well on the stock markets, most investors were not unduly bothered about Zuckerberg’s leadership. The sudden 20 per cent fall in value on Thursday, however, has many wondering whether it is time for a change at the top level.
Zuckerberg has complete control over the company, though it is publicly traded. He owns the majority of voting rights to Facebook because of a dual class structure. The class B shares of Facebook, controlled by Zuckerberg and his close friends, have an 18 per cent stake in the company, but 10 votes per share.
And because of this structure – common in hundreds of American companies — the Facebook founder controls 60 per cent of the stocks; his friends have another 10 per cent, making up for 70 per cent control of the company.
MORE REPORTS