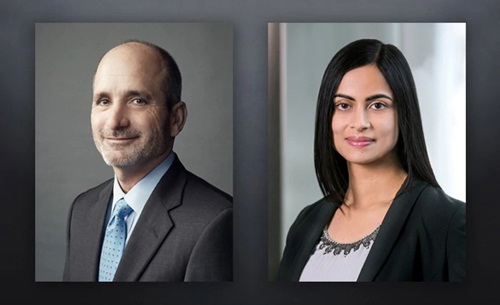 Suryadevara will succeed Chuck Stevens whose term of office expires on 1 September.  Suryadevara’s elevation comes after Mary Barra became the first chief executive of the company in january 2014 and the first woman chairman of the board (See: General Motors chief, Mary Barra named chairman of board).
Chennai-born Suryadevara, 39, has been GM's vice president of corporate finance since July 2017. She will report to chief executive officer (CEO) Mary Barra, 56, who has been head of the automaker since 2014.
Barra and Suryadevara are the first women in their respective positions in the auto industry, as no other major global automaker has a female CEO, nor a CEO and CFO who are both female.
Born and brought up in India, she earned bachelor’s and master’s degrees in commerce from the University of Madras in Chennai. She then moved to the United States for higher studies at Harvard at the age of 22. She earned an MBA degree and joined investment bank UBS, before moving to General Motors, a year later, at the age of 25. There has been no looking back since; she was named Automotive News' Rising Star in 2016 and a Crain’s Detroit Business "40 Under 40" winner last year.
“Dhivya’s experience and leadership in several key roles throughout our financial operations position her well to build on the strong business results we’ve delivered over the last several years,” Mary Barra, GM’s chief executive officer, said in a statement.
Suryadevara, 39, played a role in GM securing a $2.25-billion investment from Japanese tech giant SoftBank Group Corp earlier this month. She has also played significant role in some major deals GM has made as it restructured operations over the past several years, including the divestiture of the company’s European arm Opel and the acquisition of self-driving vehicle startup Cruise, says a Reuters report.
With Suryadevara replacing Stevens, GM’s rank will get closer to mirroring the share of women in senior jobs among S&P 500 companies, which is 27 per cent, Bloomberg reported citing Catalyst, a non-profit that tracks women in leaderships positions.
MORE REPORTS