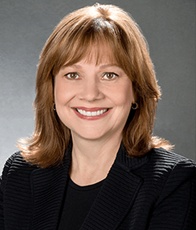 The board of directors of General Motors yesterday named CEO Mary Barra chairman of the board, a position historically offered to GM CEOs after a growing-in period.

Barra has won praise for her deft handling of the company's ignition switch crisis as also for the company's release of a well-received lineup of new and refreshed vehicles. She is also credited with building a strong leadership team while articulating a clear vision.

''I am honored to serve as chair of the Board of Directors," Barra said yesterday in a written statement. "With the support of our board, we will continue to drive shareholder value by improving our core business and leading in the transformation of personal mobility.''

Not all industry analysts have welcomed the move. Many feel a chairman should be independent. However, Jeffrey Sonnenfeld, senior associate Dean for Leadership Studies at the Yale School of Management, remains unconvinced.

''There is no evidence that the separation of chairman and CEO roles leads to better governance, superior financial results, or more responsible conduct,"Detroit Free Press reported.

"In fact, most major corporate scandals here and abroad already had a separation of roles," Sonnenfeld said. "For many firms, the unity of command clarifies the decision-making process and the voice of the enterprise. A strong lead director can provide needed protection for shareholder interests from potential abuse of power."

Barra is believed to be the first woman chairperson of an automaker.

The move comes two years after Barra, 54, assumed the position of the company's CEO on 15 January, 2014, rising from the ranks as intern on the factory floor to become the auto industry's first female chief executive.

Soon after, Barra steered the company through a crisis over the delayed recall of ignition switches which was linked to 124 deaths (See: GM apologises to US House, public for faulty cars).